The Complete Guide to the Orlando Magic 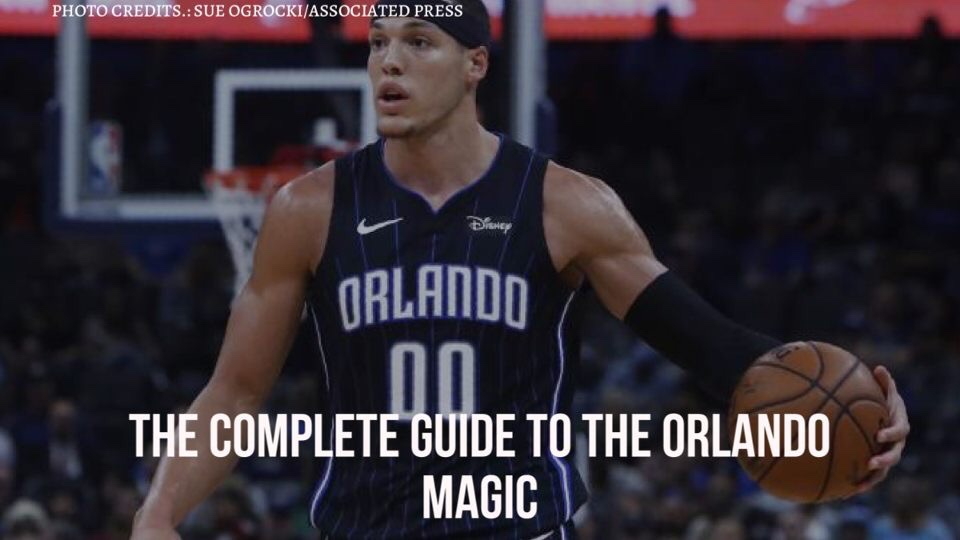 Well, sort of. The Magic currently hold the #8 seed in the Eastern Conference, but have a meager 25-32 record. The Magic have been one of the more disappointing teams this season after acquiring the #7 last season. Improvements to many of their players gave Orlando fans real hope for being a real playoff team this decade. This wasn’t the case, though, because despite the fact that they hold the playoff spot, they don’t strike anyone as a good team.

With their poor play, however, they do have some solid young players for the future. Their roster looks like this:

This team is quite young. It’s younger than it looks because the 22-year-old Jonathan Isaac is out with a bone contusion in his left knee, but may be back by the playoffs. Al-Forouq Aminu is also injured with a torn meniscus and is likely to miss the rest of the season. Despite that, they’re still holding onto that playoff spot and have several solid young players that they’re building around.

Markelle Fultz is showing legit star talent. His numbers aren’t great or anything, but he seems to be enjoying his time away from the spotlight. He’s averaging a career-high 11.8 points, a career-high 5.1 assists, and a career-best 46.4% field goal percentage. He is a very consistent shooter inside, shooting 50.9% from two. The man is only 21 years old and is essentially having another rookie season in Orlando. He still needs to work on his three-point shooting, as he has a percentage of 25.7%, but he is showing improvements in all aspects of his game and the sky’s the limit for him.

Evan Fournier is having the best season of his 8-year career. Fournier has proven to be a beast from beyond the arc this year. His increased role with the Magic has been earned through incredible three-point shooting. This year, he’s shooting 40.8% from deep on 6.7 attempts. His percentage is better than Trae Young’s and he has been a huge part of the Magic’s roster this season. On top of his incredible range, he is also putting up a career-high 18.9 points per game. He is just a fantastic scorer and is a huge reason Orlando is in playoff positioning right now.

James Ennis III is a solid replacement for Jonathan Isaac. Isaac got injured earlier in the season, and after a few games of starting Iwundu, Ennis ended up securing the starting spot for Orlando. He has only started two games with Orlando, but it appears that they’re going to be going with him until Isaac returns. In his two starts, he’s averaged 7.5 points on 33% shooting, but to be fair, his first game against the Mavericks is responsible for those stats being so poor. Ennis had a good game afterwards against the Nets where he scored 13 points on 3-6 shooting. Ennis is not the most exciting player, but he is serviceable in his role.

Aaron Gordon is one of the most athletic players ever seen. We all know how he got robbed of the dunk contest championship during All-Star weekend, but he did show how crazy athletic he is. Although he’s crazy athletic, his production has been going down since his 2017-2018 campaign. After averaging 17.6 points at just 22 years old, hopes for Gordon had never been higher. Fast forward to today, and he is averaging 14.3 points. No one knows why his production is down so much, but it has put him on the trade market. The Magic had been shopping him a bit at the deadline and he is likely to have a new home in the off-season. His field goal percentage is quite unimpressive, averaging 42.9% and 31.2% from deep. He is still one of the most talented young players in the league, but he needs to figure out how to become effective again, and soon.

Nikola Vucevic has also taken a dip in production. Vucevic’s dip has not been as bad as Gordon’s, but it has still been disappointing. Vucevic was an All-Star last year and for him to not even be considered one this year is just sad. Vucevic is averaging 19.1 points on 45.8% shooting this year. Like Gordon, he may well be traded in the off-season so that the Magic can develop their former 6th overall pick, Mo Bamba.

The bench is highlighted by Mo Bamba and a bunch of veterans. The Magic signed or kept several veterans for their bench this season. Orlando had made it clear they wanted to make the playoffs by having these vets. Michael Carter-Williams, DJ Augustin, and Terrence Ross have all been solid players off the bench. They give the team a good boost and this is a huge part of why they’re in playoff positioning. The most exciting part of their bench is Mo Bamba. Bamba has been widely considered a bust by the rest of the NBA, but Magic fans know that Bamba hasn’t gotten the opportunity to show what he can do. Bamba is a great defensive presence with his long arms, swatting 1.5 shots per game. He needs to work on his offense, but he has the potential to be a great player.

The Magic received James Ennis at the trade deadline for a 2020 Second-Round pick. This wasn’t a big move, but it showed the NBA that the Magic were going to push for the playoffs this year. Ennis is a serviceable player that they got with the intent of replacing Isaac until he recovers.

Where they are now, the Magic would be matched-up against Giannis Antetokounmpo and the Milwaukee Bucks. There are going to get swept with double-digit deficits in every game. Magic fans, the playoffs will not be pretty if this match-up happens.

Orlando has a lot of very talented young players that will be great building blocks for the future. Despite trying to make the playoffs, the Magic are going to be a very dangerous team if Fultz pans out.

Fultz, Isaac, and Bamba could make for a deadly trio. All three of them have limitless potential and could all be All-Stars one day. Isaac and Fultz are getting closer as it is already.

This won’t be Orlando’s year, but this decade is shaping up to be a fun one for Orlando fans. The Magic are going to be very good this decade when their young players get going. Get ready for a dominant Orlando team once again.