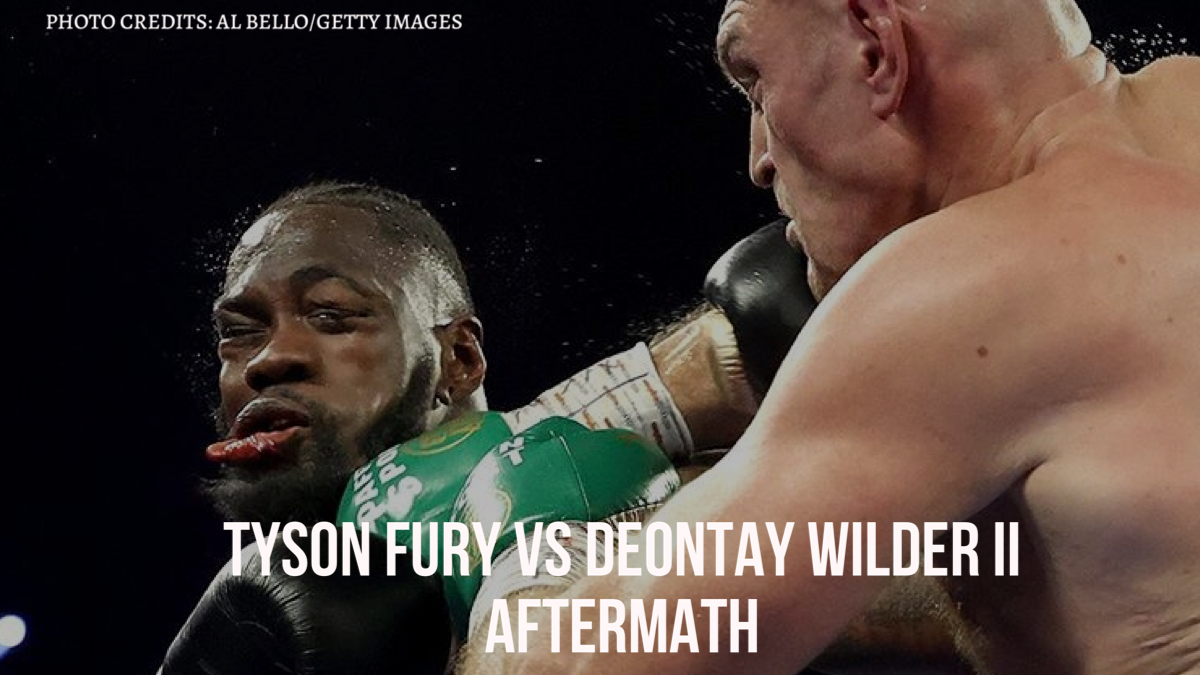 Coming in as a -123 favourite to win the second meeting between the two, Deontay Wilder immensely underperformed. After putting on 18.5 pounds, Wilder was seen by most as stronger, and more powerful than ever. Although that may be true, it definitely doesn’t mean it was best for him.

Coming into the fight, Tyson Fury claimed he would “Knock out Wilder”. Although nobody believed him whatsoever, this prediction turned out to be spot on.

After putting on 16.5 pounds, weighing in at 273 pounds, most fans thought Fury would become slower, and less mobile, however, that wasn’t the case at all.

Tyson Fury started off the fight very confident, controlling the pace of the fight, and making Wilder back up. It was clear that Fury would be winning on the scorecards from the beginning of the fight, however his power punches we’re really the difference makers in the early rounds. During his training camp, Fury talked much about how he has improved his overall offensive game, and combinations which clearly showed.

By the 4th round, Wilder had Fury in deep waters. He was up 40-35 on the scorecards and was on pace to secure a win via the judges. However as time went on, Fury hit Wilder with devastating blows to the head and body knocking him down twice more before he eventually secured a 7th round TKO victory to take home the WBC belt, as he also remains undefeated.

As for Deontay Wilder, he did not look like his normal self. Coming in rather passive in the beginning rounds, fans looked confused about why Wilder was back peddling and taking a rather defensive approach. It turns out the 18.5 pounds Wilder put on in an attempt to gain more power was a bad decision. The weight made Wilder not only slower but made his endurance and stamina worse which once again showed.

During the lead-up to this bout, it was clear there was bad blood. Despite the name-calling, and back and forth slander, Wilder and Fury showed nothing but respect for one another Post-fight.

During Tyson Fury’s post-fight interview, he announced that ”The King is back”

Not only did Fury show love to all of his hometown fans that came to support, but showed great respect to Deontay Wilder.

I just want to say a big shoutout to Deontay Wilder. He came here tonight, he manned up and showed the heart of a champion. He is a warrior, he will be back and he will be a champion again

After celebrating, and giving props to Wilder, Fury capped off the night by singing ”American Pie” by Don Maclean.

What’s Next For Both Fighters?

After Tyson Fury’s showcase tonight, he proved to us that he deserves a fight with nobody other than the IBF, WBO, WBA, and IBO, heavyweight champion, Anthony Joshua.

Although a case could be made for a trilogy between Wilder and Fury which will more than likely, eventually happen, it’s not the fight that makes the most sense right now.

After getting dominated for 7 whole rounds, Wilder hasn’t proved that he deserves a third fight with Fury quite yet. The two current champions that have not yet crossed paths, makes the most sense.

As for Deontay Wilder, he needs to win some more fights to prove that he’s ready to face Tyson Fury or Anthony Joshua. Now beltless, Wilder needs to regain credibility and work his way back up in order to snag his belt back.

Some fighters that could be on that list are, Andy Ruiz, or even Dillian Whyte, however, his next opponent remains in the air.