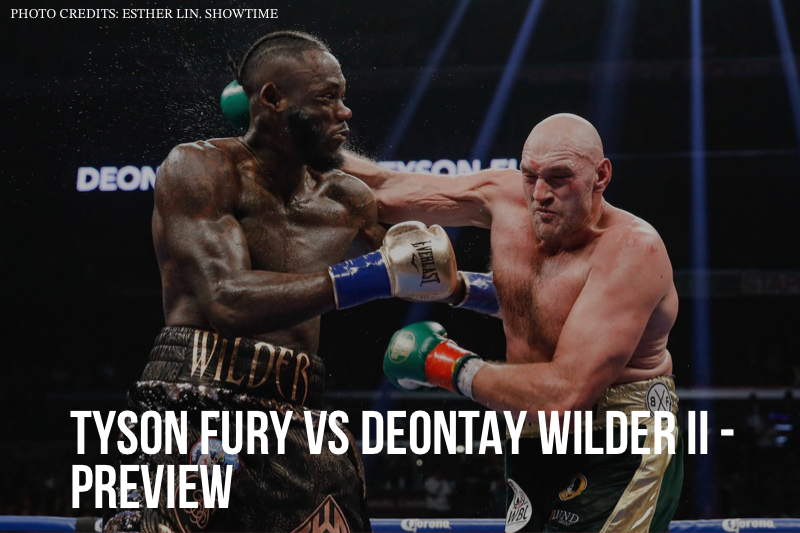 When Tyson Fury and Deontay Wilder squared off for the first time on December 1st, 2018, it was nothing short of spectacular to watch.

Although it ended in a rather controversial fashion, it was what the fans wanted and expected.

For a second time, tonight on February 22nd, we will see the Bronze Bomber face off against the Gypsy King.

Last night at weigh-ins, Tyson Fury seemed to have put on 16 1/2 pounds, after weighing in at 273 pounds.

And although Deontay Wilder only weighed in at 212.5 in their first bout, he also put on weight, weighing in at 231 pounds.

After all this build-up of bad blood at press conferences and weigh-ins, fans should be geared up for a pretty exciting matchup.

Deontay Wilder walks in the ring as a -123 favourite while Fury remains the underdog with +104 odds.

Another notable fight on the main card is by no means Wilder Vs Fury, but it’s sure an entertaining one. Former IBF champ, Charles Martin faces off against Gerald Washington.

We also see the WBO super bantamweight title on the line in an electrifying bout between Emanuel Navarrete against Jeo Santisima.