Markieff Morris to Sign With the Lakers After Pistons Buyout 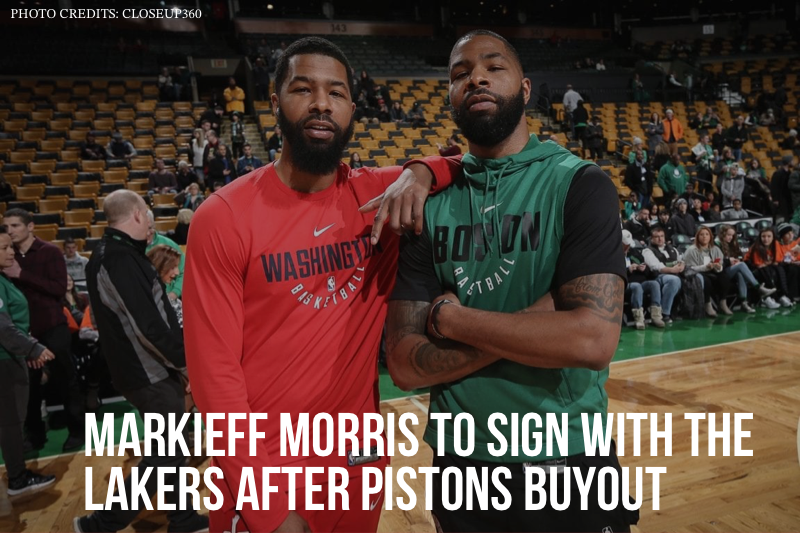 Less than a week after Detroit bought-out their Point Guard, one of their best bench pieces, Markieff Morris is also on the move. Morris played 44 games for Detroit and rejuvenated his fading career. Markieff is off to the other team in Los Angeles and may well see his former teammate, Reggie Jackson in the NBA Playoffs.

Markieff was having a great season off the bench for the Pistons. He’s been averaging 11.0 points and 3.9 rebounds. While playing with Detroit he was putting up some of the best shooting numbers of his career. He averaged 39.7% from beyond the arc this season, a career-high. He also shot 50% from inside the arc, giving him a career-high in effective field goal percentage, having it at 54.6%.

Morris is going to be a huge help for Los Angeles. The Lakers can now pair their bench Center, Dwight Howard, with Markieff Morris. Morris is the perfect fit along-side Howard. He stretches the floor extremely effectively, which will prevent double-teams on Dwight when he’s inside. Opposing backup Center struggle mightily against Dwight as it is, but now the other big will be stuck at the perimeter unless they want to leave the near 40% three-point shooter wide open.

Morris will also allow Anthony Davis to rest some more as he is injury prone. Morris is a starting-caliber Power Forward that can allow Davis to rest if they’re playing against worse teams. Morris is obviously not as good as Davis, but he will still be able to play with LeBron effectively as he can space the floor for LeBron to get to the basket.

Morris helps bolster the Lakers bench. This was likely in response to the Clippers signing Reggie Jackson, making the Lakers want to get another bench piece of their own.

With his contract being just over $3 million, it really makes no sense why the Pistons couldn’t have given to Los Angeles for a Second-Round pick. The Lakers definitely would have done that, but the Pistons instead lose him for nothing. This move shows how dysfunctional and incompetent the Pistons are, while it was a great move by the Lakers.