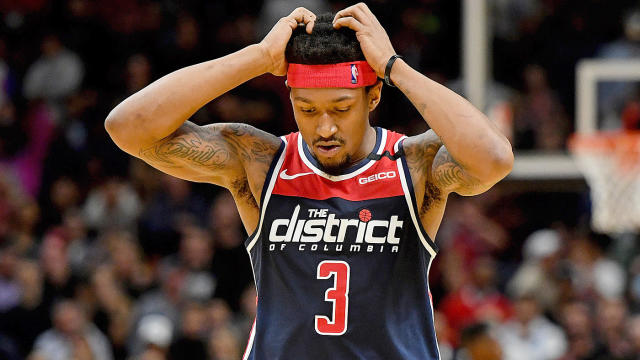 The All-Star reserves were announced yesterday, completing the All-Star rosters for the 2020 All-Star game. Since the rosters only have 12 players, many players in each conference are going to be left out. This season was no different. Several players this year, whom were former All-Stars, are currently having the best seasons of their careers, yet did not make the All-Star roster. The Eastern Conference had quite a few players that deserved to be on that roster, but missed. Here is the Eastern Conference’s all-snubbed team:

For anyone expecting Kyrie Irving, he has been left off the list because he’s only played 18 games this season.

Derrick Rose is having his best season since 2011. He’s been averaging 18.9 points on 49.8% shooting. That’s just one point a game behind Kyle Lowry, whom was named to the All-Star game. He has been shooting 41.3% from the field. He is a lot more incosistent that the former MVP. Although it is true that besides field goal percentage, Lowry does have an advantage in the majority of categories, an important thing to keep in mind is that Kyle Lowry is playing 10.2 more minutes per game than Rose, so those advantages aren’t what they seem.

In the Per 36 Minutes stats, Rose has a six point advantage over Lowry at 25.4 points per game. He leads Lowry in assists with 8.1 over Lowry’s 7.1. These stats and the field goal percentages show that Rose is the clear superior offensive player. Lowry does have the advantage defensively, but Lowry hasn’t been carrying Toronto on his back the way Rose has been in Detroit. The Pistons are lost without Rose offensively. Rose has been putting up stats that rival his MVP season. Granted, he’s nowhere near his MVP self, but he definitely is playing an All-Star caliber season.

P.S: The game is in Rose’s hometown of Chicago and it would’ve been a very popular move for those fans.

Beal is arguably the biggest snub of the season. Beal has been averaging a career-high 28.7 points per game. He was an All-Star the past two years averaging 22.6 and 25.6 respectively, yet somehow, 28.7 points wasn’t enough. It’s not even necessary to give an example of who Beal could replace at a similar position. The dude’s been getting 28.7 points per game! Yes, his field goal percentage has been slightly down, but he’s been taking a lot more shots without John Wall playing this season, so he gets a lot more attention from the defense.

If his scoring isn’t enough, feel free to add in his 6.4 assists or his one steal a game. Beal is one of the best offensive players in the league and is a capable defender. Beal is more deserving than Trae Young is for the starting spot. To Young’s credit, he does score slightly more than Beal and gets more assists, but his defense is so much worse. Young’s defense is practically non-existent.

No one can use the “well the Wizards suck” reasoning either. The Hawks are tied for last in the Eastern Conference with the Cavaliers and Knicks. Not great company to be in. Don’t get me wrong, Young is deserving of an All-Star spot, but Beal has been putting up similar stats, but didn’t even get the honor.

Jaylen Brown is having a breakout season this year. Jayson Tatum got the spot, but Brown was not awarded a spot like his teammate. Brown and Tatum both looked like they were going to be disappointments when they were with Kyrie Irving in their final season together. After he left, they’ve really shown what they could do with a player that’s actually a good teammate in Kemba Walker. Brown’s play has been stellar this season and is a huge contributor to the Celtics this season

Brown’s stats rival those of All-Star Khris Middleton. Both of them play Small Forward and have very similar scoring numbers. Middleton is scoring 20.2 points and Brown is scoring 20.1. Browns is grabbing 6.6 rebounds while Middleton, who has two inches on Brown, is only pulling in 5.9 rebounds. Brown is shooting 49.3% while Middleton is shooting 50.3%. Their offensive stats are very similar.

Brown’s defensive capabilities are much better than Middleton’s, though. Brown only has 0.2 steals more than Middleton, but Brown is one of the most elite perimeter defenders in the league. Brown locks down his oponents. Thier wings can’t get ahead of Brown and have a very hard time scoring. Milwaukee’s defense is carried by Giannis Antetokounmpo, but the Celtics rely heavily on Brown for defensive purposes.

Tobias Harris is becoming a Mike Conley type where it seems like he is going to be snubbed every year. In his last three seasons, he’s been averaging over 18.5 points, yet has not been granted the honor.

Harris could make the case for being in over Jayson Tatum. Although Tatum has been averaging 21.5 points as opposed to Harris’s 19.4, Tatum has not been very efficient, shooting 43.6% from the field. Harris has the advantage there as he shoots 47.8%. Their rebounding is basically the same With Tatum pulling in 6.9 to Harris’s 6.8 and in assists with Tatum dishing 2.8 to Harris’s three. Tatum is slightly better defensively, but they’re both offensively-minded players. They play similar positions as swing-forwards and have very similar offensive stats.

Harris isn’t the same snub as Beal or Rose who are clearly better picks than others. Harris definitely makes a case for it, but not in the same way. The spot likely does belong to Tatum, but if Harris were to get it, it wouldn’t have been much of a surprise either.

Andre Drummond has been having one of the best seasons of his career. The 26 year-old Center has proven time and time again to be the best rebounder in the NBA. He is always a presence on both ends of the floor and is one of the most physical players in the game.

Drummond is in the midst of one of his best statistical seasons. He is averaging 17.2 points on 52.2% shooting. He is a very effective player in the pick-and-rolls and is great at putbacks. The player he deserves this spot over is Domantas Sabonis. Sabonis is having a very good season as well, and he has Drummond beat in scoring, putting up 18 points on 53.5% shooting. Drummond, however, has Sabonis beat in most other categories.

Drummond pulls in 15.6 rebounds to Sabonis’s 12.8. Drummond, gets 2.1 steals while Sabonis gets 0.8. Drummond and gets 1.8 blocks in comparison to Sabonis’s 0.6. The only other category where Sabonis has Drummond beat is assists, which is a very useful skill, but not as important for Centers as it is for guards or forwards.

Sabonis is one of the most exciting young players in the league, but he’s not better than Drummond. Not yet at least. Drummond deserves the honor of being an All-Star this year. He has had a great season with Detroit, despite all the trade rumors going around. Last year, after he was snubbed, he became a monster for the remainder of the season. That may happen again and Drummond will look to prove them wrong.

These five snubs show why the way All-Stars are selected is a problem. Aside from Gordon Hayward, all of them earned a spot on the roster, yet didn’t get the honor. The fan voting is worth too much of the credits and should really be taken down to 25%, or disbanded all together. Several players (Trae Young) have received way more credit than they deserve as well. Hopefully the NBA will realize this, especially because of Beal, and make some changes to how All-Stars are selected next year.