Is Devin Booker the biggest all-star snub we’ve ever seen?

On Thursday night, it was announced that Phoenix Suns guard Devin Booker was not selected as an all-star, and instead guards Damian Lillard, Russell Westbrook, Chris Paul, and Donovan Mitchell would be the reserves. Devin Booker along with Bradley Beal become the first two players to average over 27 points and miss the all-star game. Devin Booker was thought of by most as a sure fire all-star but clearly wasn’t in the eyes of the media, coaches and players. 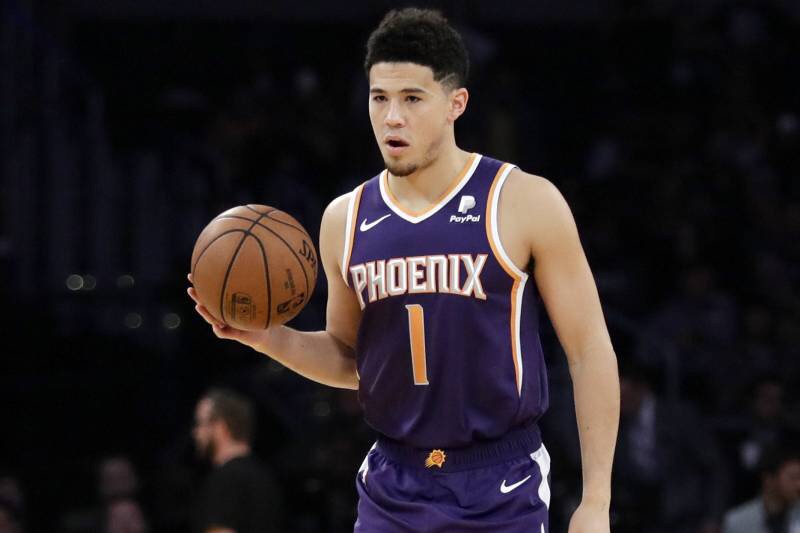 Devin Booker is currently having a career year in which he’s averaging a career high 27.1 points per game on a whopping 51% from the field. Booker started the season off amazing as a part of the 50-40-90 club, with the Suns looking like a sure fire playoff team after starting the season with a 7-4 record. Although the Suns have slowed down since the season’s start and Devin Booker isn’t as efficient as he once was, the Suns are still well in playoff contention and Devin Booker is looking like the best two guard in the league not named James Harden.

Chris Paul was one of the Western Conference guards named as an all-star reserve which sparked social media as quite the controversial decision. Paul has led the Thunder to a 29-20 record as well as the 7th seed in a stacked west. While the Thunder have exceeded all expectations and put the league back on notice, Chris Paul isn’t the only one to give credit to. His numbers are underwhelming to say the least as his 17.1 points per game are only good for second best on his team, as well as a career low 6.5 assists per game. Paul definitely deserves a lot of credit for the Thunders success after losing Russell Westbrook and Paul George however he hasn’t given enough evidence on why he should be picked over Devin Booker as a reserve. 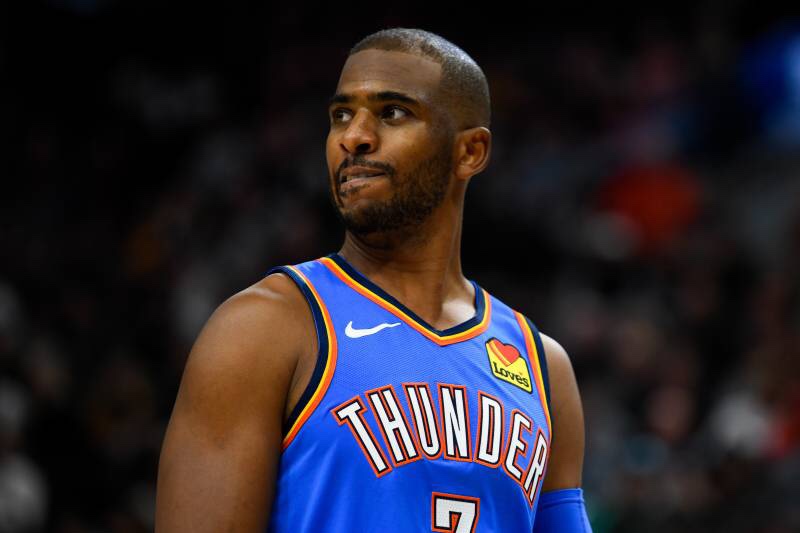 Another controversial decision made was the selection of Jazz guard Donovan Mitchell over Devin Booker. Donovan Mitchell has been nothing short of great this season leading his Jazz as a first option to a 32-16 record as they sit at the 4th seed in the West. Although Mitchell has been great this season, he’s definitely not the sole reason the Utah Jazz have been successful. Teammate, and reigning two time defensive player of the year, Rudy Gobert just earned his first ever all-star nod averaging 15.8 points, 14.5 rebounds, 2 blocks, and 69.2% from the field.

Donovan Mitchell is averaging career highs in points, as well as field goal percentage, but by no means are they drastic statistical increases. This season he’s averaging 24.6 points, 4.3 assists, 4.2 rebounds on 45-36-86 splits. While these sound like all-star numbers, let’s look at how Paul and Mitchell’s numbers matchup up against Bookers. 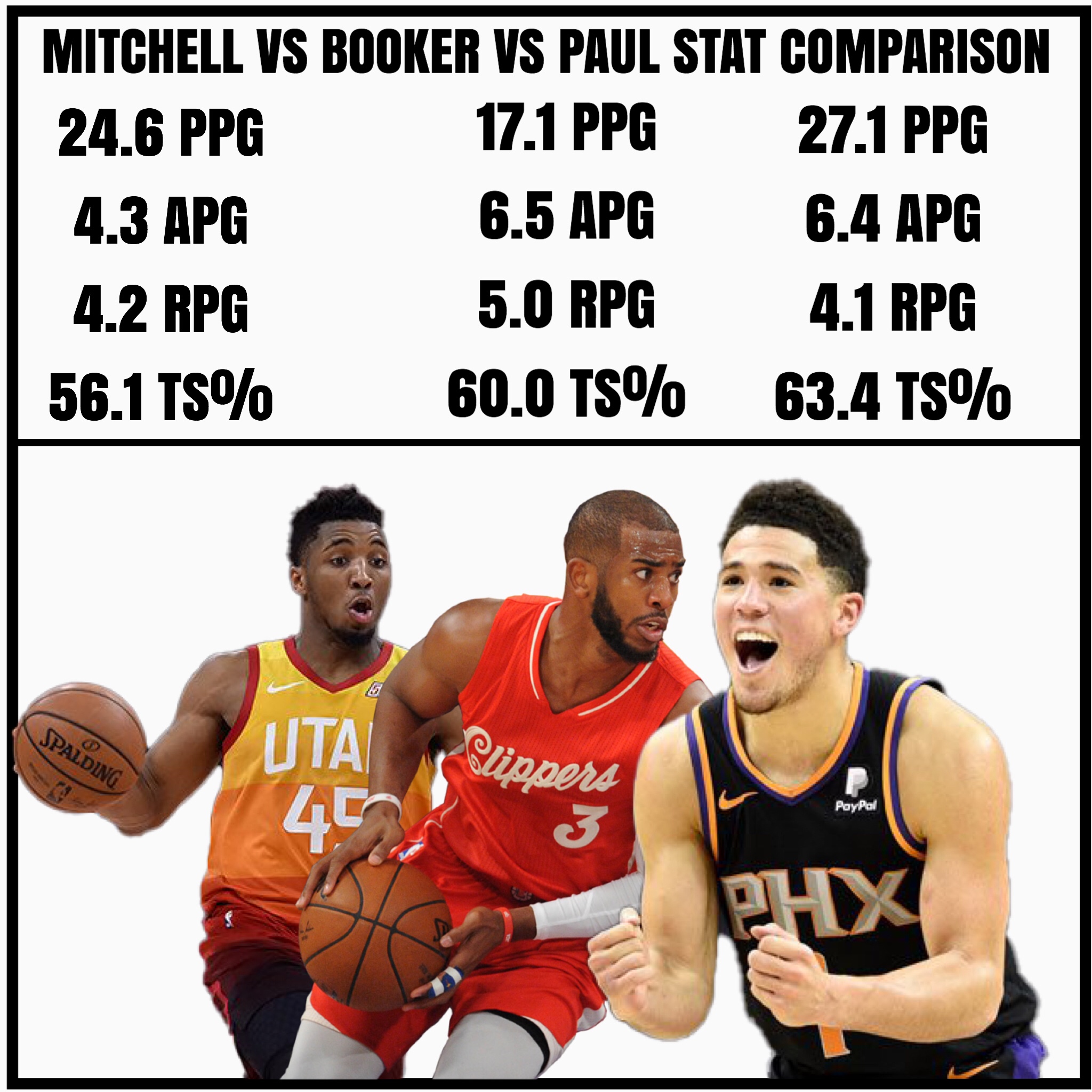 Although Chris Paul and Donovan Mitchell are respectively putting up great numbers on some pretty solid efficiency, their numbers are embarrassed while next to Devin Booker’s.