Jeff Teague Traded Back to Atlanta! 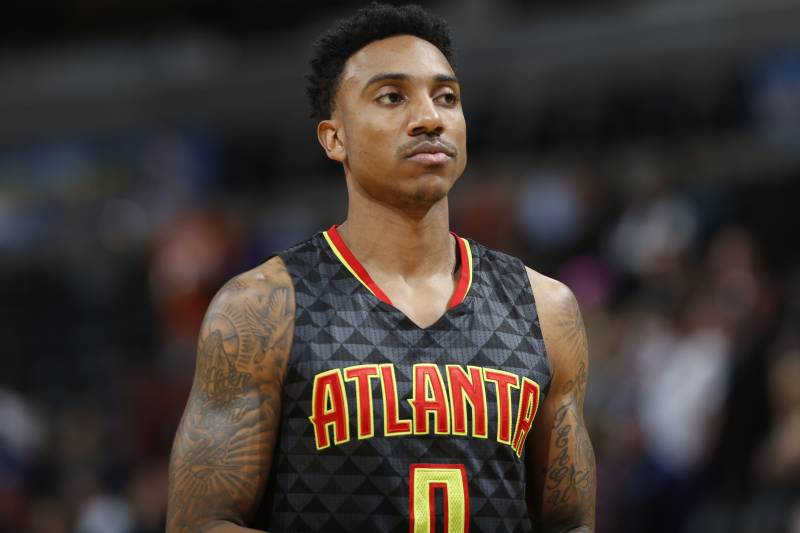 He’s back! 11-year point guard Jeff Teague , along with Treveon Graham have been sent to Atlanta in exchange for Allen Crabbe. This trade is the kickoff to the highly-anticipated trade season. Jeff Teague has played in Atlanta before and was a one-time all-star with Atlanta. He played with Atlanta for seven years, where they made the playoffs for six of them. Teague lead Atlanta to a one seed in the 2015 playoffs where they made the Conference Finals before getting swept by the Cavaliers.

Teague is a bone thrown at Atlanta’s fans along with being the backup point guard that Atlanta really wanted to take some pressure off of Trae Young. Atlanta has been looking to get Trae Young some help as Atlanta has been struggling beyond measure this season (Note: beyond measure = worse than the Knicks). One main thing that will help Atlanta is the fact that Teague is an experienced playoff player who can be a veteran leader in the locker room for a season.

An underrated part of any rebuild is that multiple veterans that aren’t 9,000 years old (Vince Carter) are necessary for building a winning culture. Jeff Teague will also be a great mentor for Trae Young as he actually plays Trae’s position. The acquisition is a little bit puzzling when it comes to their future, so this may just be a short-term move in order to get another veteran to help and mentor Trae Young in the short-run.

As for Minnesota, the move makes a bit more sense. No, Allen Crabbe is not why they made that trade. There is nothing about Allen Crabbe that prompted Minnesota to trade their starting point guard. Crabbe is not a special player. The key is that they gave up two players for one, freeing up over $10 Million in cap space and a roster spot. This trade is going to allow them to make another trade, likely to keep Karl Anthony-Towns happy since the Timberwolves have been struggling for a bit. The freed up cap space and roster spot will likely allow them to take on a slightly overpaid good player and maybe another as well.

Allen Crabbe is absolutely, positively not why they made this trade, he just so happened to be a not-promising youngish players on a cheap contract. Crabbe will not be apart of Minnesota’s future. Minnesota’s future is currently unknown. Maybe they’re trading for a D-Lo or a Ben Simmons. The Timberwolves are in an interesting situation. Watch them closely to see what move they have in store for the deadline.