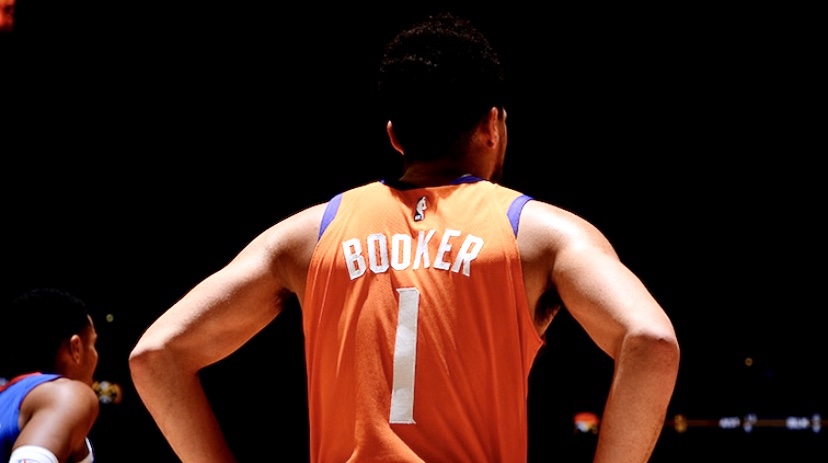 We are now just under 4 weeks away from the 2020 NBA trade deadline and are already nearing the halfway point of the season.

The Milwaukee Bucks and Los Angeles Lakers are leading their respective conferences, while the Atlanta Hawks and Golden State Warriors sit on the tail-end of theirs.

The Utah Jazz and Oklahoma City Thunder are HOT, while teams like Philadelphia 76ers and Portland Trailblazers are, well, not.

So, as is a must-do right before every years trade deadline, it’s time to list some of the moves that absolutely, positively, without-a-doubt, NEED to happen

… or just some fun possibilities that may just so happen to also make perfect sense.

So, here it is: the 5 trades that NEED to happen before the 2020 NBA trade deadline…

This 3 team trade, the most complicated trade on this list, may just be exactly what each team involved needs to strengthen their respective franchises. While not the most likely to happen, this trade does financially work, as all trades on this list do, and provides all 3 teams with something they desperately need. Plus, Jrue Holiday deserves what this trade would give him: a legit opportunity to win an NBA championship.

For New Orleans, they would be trading away Jrue Holiday and a future first round pick. Jrue Holiday, a great player and all-star caliber guard in this league, is 29 years old now and simply does not fit the timeline that New Orleans has set in place with guys like Zion, Lonzo Ball, Brandon Ingram, Josh Hart, Jaxson Hayes, etc. The guy they would get in return, Gary Harris, is a 25 year-old shooting guard already on contract through the 2021-2022 season. He is the perfect scorer to pair in the backcourt with a playmaker and defender like Lonzo Ball, and fits the New Orleans timeline perfectly. New Orleans would also be receiving sharpshooting PF Ersan Ilyasova from Milwaukee, who doesn’t hurt to have come off the bench and put up some three’s for a couple of minutes a night.

For Milwaukee, you are trading away your starting point guard in Eric Bledsoe, for essentially his replacement in Jrue Holiday. Bledsoe is a good starting-caliber point guard in todays NBA, without a doubt, but he is no Jrue Holiday. Holiday is a better scorer, defender, playmaker, and absolutely deserves to play with a guy like Giannis on a team like Milwaukee after the years and years he has spent losing in New Orleans. Milwaukee would also be trading away Kyle Korver and Ersan Ilyasova in this deal. A big three of Giannis, Khris Middleton, and Jrue Holiday would be a scary sight for the rest of the Eastern Conference.

For Denver, you are trading away Gary Harris in return for something you have needed for a very long time: a ball-handler, a true point guard. The backcourt of Jamal Murray and Gary Harris has worked well in the regular season for Denver these past couple of years, but they have seen time and time again that when the post-season comes around, a backcourt of 2 pure shooting-guards is tough to go far with. Especially when you have another true shooting guard in Will Barton starting at the 3-spot. With Eric Bledsoe coming to town, Denver would finally have a true point-guard to handle the ball in the backcourt with Jamal Murray who would now be able to shine more than ever in the pure-scoring 2-guard spot. In addition, Eric Bledsoe would also drastically improve the defensive-identity of this team, which has struggled defending opposing guards at times with their Murray-Harris backcourt. Kyle Korver, a guy who can be nothing but a positive presence to any team he is on, as well as a future first-round pick will also be sent Denver’s way in this trade.

Boston has had an incredible start to the 2019-2020 season, sitting at 2nd in the East with a 27-11 record. The Jay’s, Jayson Tatum and Jaylen Brown, are finally making the big leap Celtics fans were hoping for and are playing like all-stars. Kemba Walker is being Kemba Walker, putting up 22-5-4 on 40% from 3, running this Celtics group as one of the best leaders in the association. The future is bright in bean-town. However, the elephant in the room is still Gordon Hayward. Now, in the 22 games that he has been healthy enough to suit up for this season, he has not been bad. In fact, he has showed many signs of his old-self, especially back at the start of the season before his hand injury. However, with the ascension of the Jay’s, the 29-year old Hayward has clearly been the odd-man out. So, packaging him along with the 22 year old center Robert Williams and 25 year old forward Semi Ojeleye for a guy like Andre Drummond seems like a dream come true for Boston. Drummond would fill a much-needed hole in the Celtics roster as a true center and arguably the best rebounder of the past decade. He is the type of paint-presence Boston will need against guys like Joel Embiid, Ben Simmons, and Giannis come playoff time. He is a guy that Boston has had it’s eyes on for what seems like forever, and now may just be the time for Celtics GM Danny Ainge to finally pull the trigger.

For Detroit, you are letting go of a guy who is going to leave you in this Summer’s free agency anyway for 2 young assets in Williams and Ojeleye. You’re also receiving Gordon Hayward who is really only in this deal to match salaries, but when let loose to truly run the show for the first time since his Utah days, he may just be able to return to his former all-star self. Detroit would also be getting to shed the salaries of Tony Snell and Markieff Morris in this deal.

It’s time for a change in Minnesota. If you’re the Timberwolves, you have now been watching the duo of Karl-Anthony Towns and Andrew Wiggins not work for 5 years. We’ve seen them paired with Jimmy Butler, Zach LaVine, Ricky Rubio, Jeff Teague, Jamal Crawford, Derrick Rose, and more. At some point, you have got to open your eyes and see that the duo of Karl-Anthony Towns and Andrew Wiggins will not lead to success. They’re both great players, Karl-Anthony Towns obviously the better of the two, but they just can not seem to win games together. So, with that being said, why not send him off and receive the 24 year-old walking highlight reel that is Aaron Gordon in return? With his ability to finish around the rim and otherworldly hops, the 6’8 PF may just be the perfect front-court mate for superstar stretch-big Karl-Anthony Towns.

For Orlando, Aaron Gordon has been bad. He has had a strong 6 year career with the Magic, but his play has never led to success and this has been his worst statistical year since 2016. He could use a fresh start next to a guy like KAT, and the Magic could use one too. Andrew Wiggins fills a desperately needed hole in the Orlando roster at the small-forward spot. Inserting a guy like the 24 year-old Wiggins, who is signed through the 2022-2023 season, into a lineup with Markelle Fultz, Evan Fournier, Jonathan Isaac (when returns from injury), and 2018-2019 all-star Nikola Vucevic may just be something special for Orlando. Wiggins has scary potential, and similar to the Magic’s Markelle Fultz, he may just need a change of scenery to fully unlock that potential.

Kevin Love is a tough guy to trade. He has made it abundantly clear that he wants out of Cleveland, but at 31 years old and on a max-contract through the 2022-2023 season, teams are not exactly knocking on the door to make a move. Everything that has been going on surrounding Love and the Cavaliers this year has been no help to the situation either. However, one team that is looking for a third star to make them a legitimate contender, and for a front-court mate to pair with their star big man, is the Dallas Mavericks.

Mavericks head coach Rick Carlisle has put the ball in superstar Luke Doncic’ hands and plans on leaving it that way for a long time. When Doncic has the ball, good things happen. This is a reason why him and Kristaps Porzingis have worked so well together, because Porzingis doesnt need to have the ball in his hands every posession to make an impact. In fact, his biggest impact on the game is his defensive presence and catch-and-shoot 3. Although he is a star, he allows Luka Doncic to keep the ball in his hands and make plays for Dallas. This is exactly why Kevin Love is the perfect third star for the Mavs. Love’s biggest impact on the game is his 3-point expertise and rebounding. With him and Kristaps on the floor with Doncic, “Luka-Magic” will have two of the best bigs in the game drilling 3s on one end of the floor and snagging rebounds to put back in his hands on the other.

In return for Love, Cleveland does receive Dwight Powell and Justin Jackson, two solid and fairly-young rotation pieces. Jackson is only in his third year in the league out of UNC, and still has loads of potential to grow.

Shoutout to Stephen A. Smith for this one.

I figured I would save the most fun of the trades on this list for last. The most unlikely, sure, but definitely the most fun to think about. In order for the Lakers to acquire Devin Booker from Phoenix, they are going to have to send a boatload of players and probably whatever draft picks they have left to the Suns, and it all starts with Kyle Kuzma.

For the Lakers, Devin Booker is what you are hoping Kyle Kuzma can one day become: a sharpshooting scoring option next to LeBron and AD. By trading Kuz for Booker, you are ensuring you have that third guy come playoff time when it matters, rather than taking the risk and hoping Kuzma can be that guy. However, to do so, you are going to have to send a ton of your depth Phoenix’s way along with Kuzma. Is it worth it? Well, that’s for Lakers GM Rob Pelinka to decide. All I do know is that as an NBA fan, I would not mind watching LeBron James, Anthony Davis, and Devin Booker play on the same team one bit, as far-fetched and unlikely as it is.

For Phoenix, you are trading away your franchise cornerstone for a guy who has the potential to be that type of player, but simply is not there quite yet. In compensation for taking that risk however, you are getting Danny Green, Avery Bradley, Quinn Cook and Troy Daniels. This trade would provide you with a solid group that is definitely capable of pushing for a playoff spot for years to come.

If your the Pheonix Suns, this depth chart may just be something to consider.