The most underrated player in the NBA 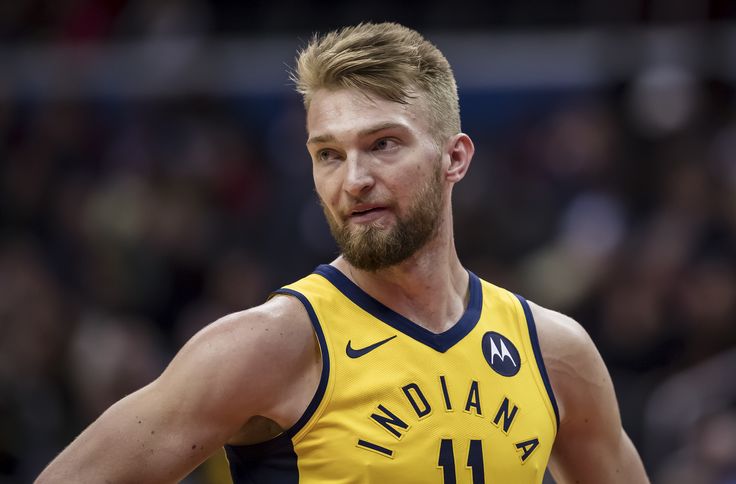 The Indiana Pacers have been a surprising team this season, despite the absence of Victor Oladipo, who is currently recovering from a Ruptured Quad tendon that he suffered on January 23, 2019. With the loss of top scorer Bojan Bogdanovic in free agency to the Jazz, expectations were differing. While the team did add Malcolm Brogdon in free agency and T.J Warren in a salary dump by Phoenix, most people had Indiana as a middle of the pack team until the return of Oladipo – assuming he was close to full form. That has not been the case so far, as the Pacers are 6th in the East sitting at 24-15, and there is one player flying under the radar for the Pacers this season. Domantas Sabonis.

This season, the 23 year old big man has picked up right where he left off last year, and has proven himself to be an upcoming star in this league. An elite post player, Sabonis is capable of spacing the floor out near the arc, and grabbing boards over the best of Bigs. Averaging 18 points, 13 rebounds, and 4 assists per game, Sabonis has been a key component to the Pacers, and there’s no doubt they would not be as successful as they have been without his stellar play.

He’s a Do-It-All Power Forward capable of playing the Center position. He is 13th in the NBA’s post up statistics and is skilled at scoring on the low block. He knows when to cut for easy dunks, and due to his ability to rebound, he is a threat to grab offensive boards for putback opportunities. He has a smooth jumper from the mid range, shooting 54% from 16 feet out to the arc on 64 attempts on the season. He has a solid touch at the line, shooting 72% on the season. This makes fouling him a bad idea compared to other traditional big men, who can be hacked to stop them from scoring in the paint. His 3 point percentage of 25% is not great, but he has shown he can make them at times, and has potential to improve his jumper, as he has decent form. Domantas is capable of going off for dominant offensive performances, and is a consistent 15 points a night.

Sabonis is currently ranked fifth in the NBA in Rebound leaders with 13.1 per game this season. Ahead of talents such as Giannis Antetokounmpo, Joel Embiid, Nikola Vucevic, and Bam Adebayo, Sabonis has proven himself to be a presence on the glass. From December 4th to December 17th 2019, Domantas had 10+ rebounds in 8 consecutive games, including a dominant 18 point 22 rebound performance over the Clippers on December 9th. His 20.7% Rebounding percentage is impressive, especially considering he plays with Myles Turner on the floor in the starting lineup.

Domantas Sabonis is more than capable of passing as a big, averaging 4.3 assists per game. While these numbers wouldn’t seem like much for a front court player, being able to pass out of the post or to start the break are important assets for the modern day power forward to have. While he does not have the passing vision of Nikola Jokic or Marc Gasol, he does know when to move the ball and does not suffer from excessive tunnel vision.

Sabonis is a great asset for the Pacers, and his 4 year $79 million dollar contract extension may soon turn out to be a steal with the way he has progressed over the last 3 seasons. Keep Domantas on your radar, as he has sneakily became one of the top power forwards in the NBA.