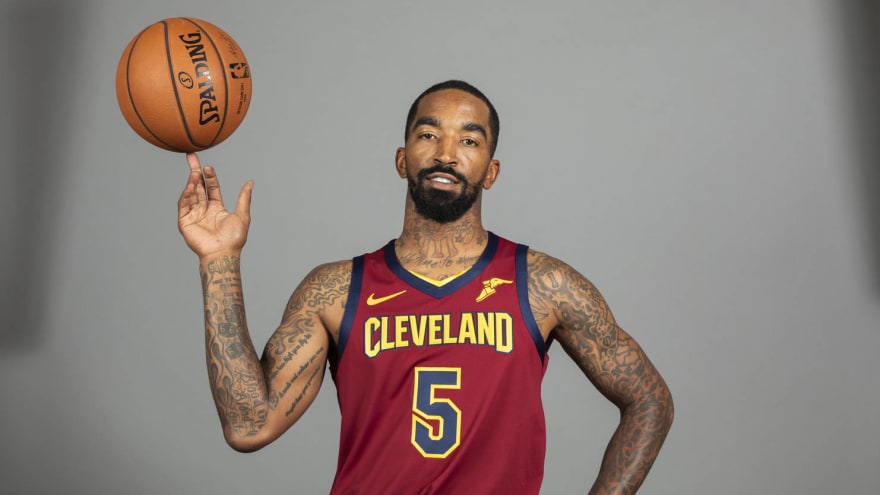 It seems as though most of the players on part 2 of this series (http://leaguealertsofficial.com/2019/07/14/forgotten-free-agents-who-havent-signed-yet-part-2/) have signed with teams, whether NBA or overseas. Now, it’s time to restock this list, and introduce the 12 players who are currently not on any basketball roster, who need to be signed going down the second half of the season. Without any further a due, here are the players!

Since his strange falling out with the Houston Rockets this season, Kenneth Faried found himself in China, where he averaged double digits, and played solid, but was eventually released. Now, Kenneth Faried is playing about as much pro basketball as you and me. Faried has a lot to offer a team seeking a scoring power forward who can defend. While he certainly isn’t in his prime, Faried could find himself on somebody’s bench, and surely should be getting some calls when the injuries roll around at this time of year. Faried is only 30 years old, and has consistently managed to average over 50% from the field despite not being a center. Faried is an efficient scorer who has been waiting quite a while now for a contract, and he is even in great shape coming off a stint in China.

You might remember Amir Johnson as the guy who checked his phone on the bench during a playoff game. Well, now Amir Johnson is checking his phone on the couch. Johnson failed to secure a contract in the NBA this offseason, and must now face the decision of grinding his way back into the league or retiring. But honestly, Amir Johnson is a solid big man. By no means is he a starter in the league, but there’s lots of teams like the Charlotte Hornets that really struggle with size and depth on their bench. Johnson could be somebody who grabs serious rebounds and maybe scores a few double digit games.

Since an impressive comeback with the Memphis Grizzlies, Joakim Noah can only be found in the background of Carmelo Anthony’s offseason pickup mixtapes. Noah, who dealt with yet another injury, is reportedly fully healed and ready to play again. Much like Amir Johnson, many teams lacking size on their bench could certainly use Noah. Unlike Amir Johnson, I believe when at his best Joakim Noah could step into a starting role if a team suffers an injury to their starting center. Noah had a great bounce back season with Memphis, his only restriction going forward is his questionable health.

Green actually had a spot on the Utah Jazz roster to start the year, and was actually playing pretty well. Back in December he was released to make way for a two way contract, and Green has been unemployed ever since. Jeff Green did average around 8 points a game off the bench, which is pretty respectable for someone of his age. Green’s issue with the Jazz was his shooting. Green averaged just 38% from the field which is quite a bit lower than many NBA players three point percentages now. Green really deserves a second shot though, he’s well thought of in the league, and could come off the bench and provide relief on the defensive end.

Following an MVP season in the BIG3, Joe Johnson received a short tryout contract with the Pistons, but simply didn’t do enough to prove he deserved to stay on the roster. Players like Derrick Rose, Ish Smith and Luke Kennard easily outshone Johnson. But is this the end for Joe Johnson? He certainly doesn’t think so. Johnson has made it clear that he intends to keep working to make an NBA roster. I don’t see why he can’t do this. He’s got incredible scoring ability, and he’s an elite closer that would be so valuable for a young team like the Hawks to have on the court at the end of games.

Swaggy P has been out of the league for a while now. But he has put out a call to teams interested. Young, who recently got married, has told NBA teams to reach out to him during numerous paparazzi interviews. Nick Young certainly fits the archetype of a player today. He can shoot the three exceptionally well, and he is much more grown up then he was when his time in the league was full of drama. His past antics should not be holding him back, because he really can play, he just needs an opportunity to prove his worth.

After shocking the NBA and announcing his retirement to fulfill religious duties, Darren Collison has announced he would like to come back to the NBA and play for a contender like the Lakers or Clippers. Collison should have no problem getting onto a roster. Last season, he led the NBA in three point percentage, and was an active starter for the playoff team Indiana Pacers. Collison likely won’t see a starting job, but could certainly be exactly what the Lakers need at point guard off the bench.

Shump finally got his shot with the Brooklyn Nets this season, stepping in for a suspended Wilson Chandler. Shumpert was phenomenal for the Nets, and if it weren’t for their guaranteed contracts, they certainly would’ve kept him for the year. Shumpert has proven that he is still NBA ready, and can really make an impact on a roster, so it makes sense for someone to give him a roster spot, especially a playoff team struggling on defense.

JR Smith is much more than his finals blunder. Smith is a fantastic shooter, and is someone who can instantly come in an make a significant impact on the offensive end. Smith is a seasoned veteran who knows how to win. Not long ago, Smith was a starter in this league, it’s unfair to leave him out of the league because of one famous meme play. Smith should continue to keep his options open, because he really is NBA ready. Smith doesn’t need to go to China, if he’s patient, a contract will come, especially in the event of an injury to the team in question.

Why Jamal Crawford isn’t on an NBA roster, nobody really knows. Just last year, Crawford dropped a career high 50 points with the Phoenix Suns. You’d think anyone who has the ability to score 50 points in an NBA game would be able to sneak onto a roster. Crawford is a pioneer for ball handling, and a generational scorer. Crawford has also made it very clear he is ready to play, and was surprised to not get any offers this summer. Me too Jamal, me too.

Kenny Wooten didn’t do enough in the summer league to earn a spot on an NBA roster. But it seems Wooten had some kind of revolutionary breakthrough this season in the G-League. Go watch this kids highlights right now, I’m not joking. Wooten’s vertical, strength, athleticism and defense are out of this world. Wooten is a crowd pleaser who light up arenas with his flashy and effective play style. Wooten is being considered by NBA teams at the moment, but if I were an NBA GM, I would lock this kid up while there is still time.

Stoudemire is reportedly planning an NBA comeback. The now aged big man has been perfecting his game in China, and has surprisingly been very strong overseas. You would never guess Amar’e is in his late thirties watching him play. Stoudemire is still powerful, strong, and big. Exactly what contenders need at this point. Honestly, if you’re not going to sign Stoudemire, teams should consider adding him to their team as some kind of mentor or assistant. Someone with extensive NBA experience and a willingness to play and play at a high level could be a good addition to even help players work on their game in practice.

Obviously there’s so many great players who deserve another shot in the league, it’s unfortunate that we could have seen the last of great players like Jamal Crawford. Who do you guys think needs to be signed?