The Truth About The Andre Iguodala and Memphis Drama 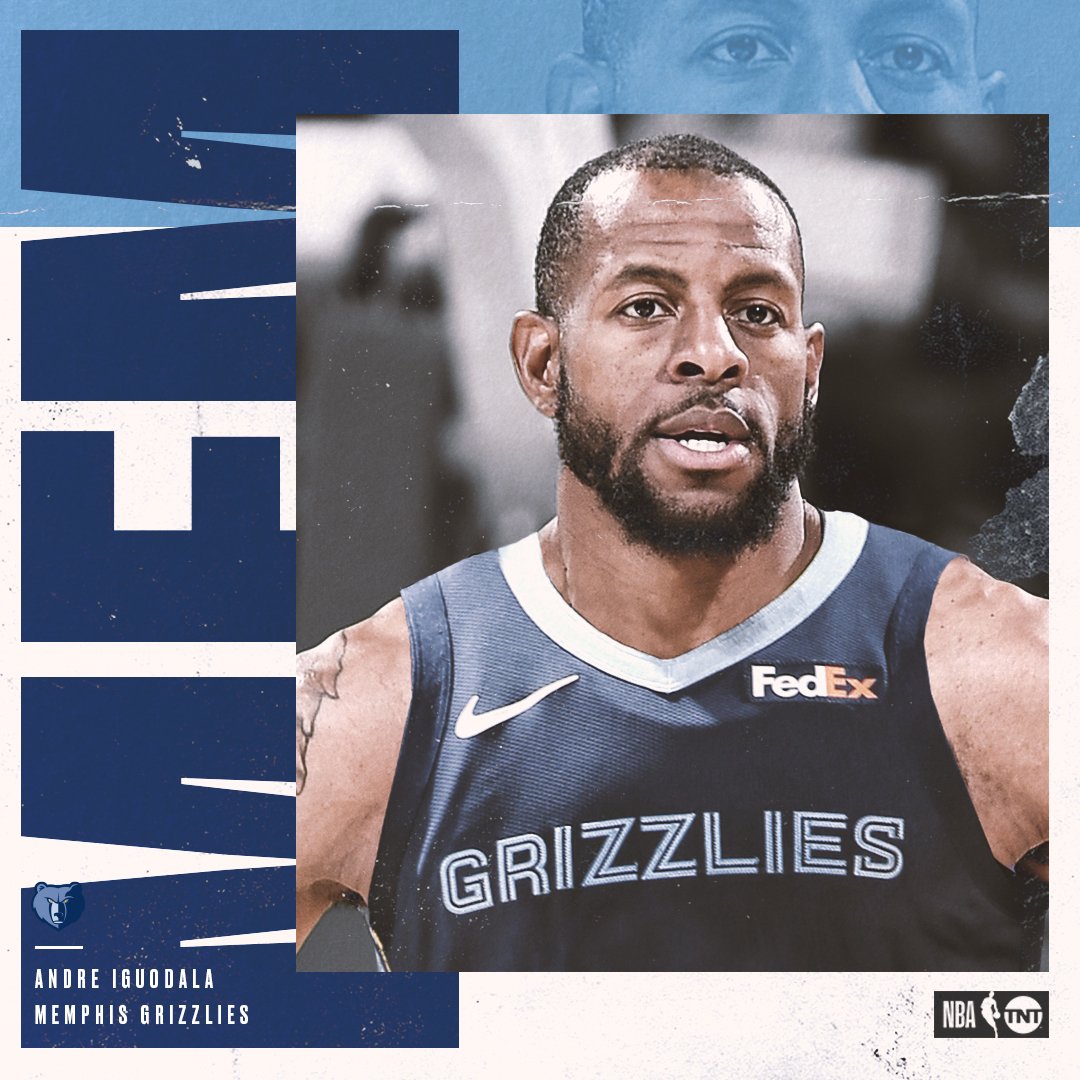 The NBA is full of drama and mystery. Markelle Fultz and Kyrie Irving have baffled the NBA with mysterious shoulder injuries, DeAndre Ayton and John Collins claim their innocence after being suspended for PED use, and Kyle Kuzma is on the bench. But perhaps one mystery everyone is forgetting about, is “what is happening with Andre Iguodala in Memphis?”.

Before we understand what’s going on in Memphis, we need to look at what’s happened to put Andre Iguodala in his situation, and what exactly Andre Iguodala’s situation is. Well, our story begins this past offseason. Kevin Durant has essentially decided he wants to play in Brooklyn with Kyrie Irving, and the Warriors have managed to get D’Angelo Russell to agree to a sign and trade to Golden State. Well the harsh truth for the Warriors is, they simply can’t afford to sign any more players. The Warriors have finally, run out of money. The only way they could’ve kept Durant is through what is called “Bird Rights”. This means a team can sign a player for more than they have in their salary cap if the player has played for the team recently. However in this case, the Warriors would be signing someone to a max contract that they didn’t have the previous year, thus Russell would not fall under the Bird Rights rule. This meant, the Warriors needed to drop a big salary, and fast, before they ended up losing Durant for nothing.

The Warriors, forced to act quick, had to find any deal with a team that would be willing to take on the last year of the 35 year old’s 16 million dollar contract. The Grizzlies jumped at the opportunity of receiving more draft picks, getting the better of the deal and capitalizing on a desperate Warriors team. The Warriors weren’t happy to lose Iguodala, but knew that it was either him or D’Angelo Russell that wouldn’t be on the roster next season, the choice wasn’t hard. The Grizzlies have lots of extra space, and are perfectly willing to take on Iguodala’s contract, so they easily completed the deal.

Iguodala Meets With the Team

As soon as he was traded, Andre Iguodala knew he had to intention, and no reason to play for Memphis. The Grizzlies front office knows this, and handles the situation very well. The Grizzlies honestly never wanted or needed Iguodala, but just saw him as a way to acquire more picks. With the direction the Grizzlies are going in, it made sense that both parties knew that they couldn’t work together. Iguodala has made it clear, and made it clear to the Grizzlies that he had no desire to work on a rebuild, now in his mid thirties, Iguodala only has a few years left on the court. The Grizzlies knew that Andre wasn’t going to be able to compete for a title this year, and seem to be completely willing to allow him to sit out until he is moved to another team.

There’s two sides that a fan might take on this, one side believing Andre Iguodala is being spoiled, in that he should be grateful to be on a team at all. This certainly is true in some sense. Iguodala could help the Grizzlies make a playoff push, and maybe if he and his team play well enough can shock the world. Many accuse Andre of wanting to take the easy road. This definitely has validity to it. On the other side, I think most of us agree that the Grizzlies are extremely unlikely to win the championship this season. At this point Memphis wants to rebuild, and at best win the 8th seed. Andre Iguodala has no purpose on this roster, and will only see his season wasted by a team interested in a rebuild and retool of a youthful roster. Iguodala is in the right to want to play elsewhere.

What Does Memphis Do With Him?

This situation is actually quite common in the NBA. A player doesn’t want to play for a team, he makes this clear to the front office, they agree on a contract buyout, and the player is quickly picked up by a more desirable team. We see this at least once a year, often with players who make lots of money and barely play. But this isn’t happening in Memphis. In fact, the Grizzlies have made it loud and clear that they will not be buying out Andre Iguodala, and will instead only trade him. Wow. So Memphis is playing hard ball.

Well despite what Andre Iguodala wants (obviously a buyout so he can choose his team) it looks like the Grizzlies are holding the cards, and will simply trade Andre wherever they feel like. Likely to whoever gives the best offer. Andre’s fan following might not like this, and #FreeIguodala is a thing, but the Grizzlies are not in the wrong for this move, and they are not punishing Andre for refusing to play for the team. The Grizzlies are making business decisions. Here’s the thing, it makes no sense to buyout a player who is on an expiring contract for a team not looking to acquire any new players this season. The Grizzlies are easily under salary cap even with Iguodala on the roster, so they don’t need to money Iguodala is getting paid. Buyouts occur when a team just wants to get rid of the player, and not pay their full salary, but the Grizzlies can pay his full salary. Memphis instead wants to gain something if their going to lose Iguodala. Essentially, Memphis doesn’t care about Andre Iguodala, and has no need to buy him out, when they could trade him for something they can actually use, or just let his contract expire this summer and walk away unharmed.

So Why Hasn’t He Been Traded Yet?

Many teams that are competing, notably the Clippers and Lakers, have reportedly expressed interest in Iguodala if he’s bought out, which likely wont be happening any time soon. So why haven’t they just traded for him. Well, first we need to look at what a contender would be willing to give up to get Andre Iguodala. Looking at Iguodala, we have an expensive, expiring contract, a 35 year old player who could retire any time, certainly a great player, but not a player with great trade value. A competitive team like the Lakers really doesn’t have anything to give Memphis for Iguodala. Remember, Memphis can be picky, they don’t need to trade Iguodala, and honestly the only things the Lakers could give up that wouldn’t throw their team off would be a second round draft pick in the future, or a young player like Kostas Antetokounmpo that the Grizzlies could include in their rebuild. But is that worth it for the Lakers? Apparently not. Half a season of a shaky, perhaps unprepared Andre Iguodala might not be as valuable as Kostas Antetokounmpo or a future draft pick.

This goes for every competing team. These teams have lots of stars and crucial role players that they’re better off keeping, and a core of young reserves that the team would be stupid to trade for a 35 year old on an expiring contract. Now keep in mind, this offseason, when all teams need to give up to get Iguodala is the veterans minimum, Andre’s phone will be ringing day and night. He’s a fantastic player with winning experience and great mentorship potential. But teams just aren’t willing to give up anything for an aging and expiring forward. Iguodala’s last hope would be a team like the Portland Trail Blazers, who in signing Carmelo Anthony made it clear they don’t care how old you are, they need to win, and win now. Iguodala could come into Portland off the bench and be traded for one of Portland’s young reserves. Unless a situation like this happens, it seems unlikely that we’ll see Andre Iguodala on the court again until next season, or ever.

Perhaps we’ve seen the last of Iguodala, perhaps he will get his trade, or maybe the Grizzlies will even shock the world and agree to a buyout with Iggy, but this is what makes this so mysterious, all we can do is wait, and wait. One thing that seems certain, Andre Iguodala will not be stepping onto the court in a Grizzlie uniform. Of course if he is traded, or moved, I will update this article accordingly, with the updated analysis.