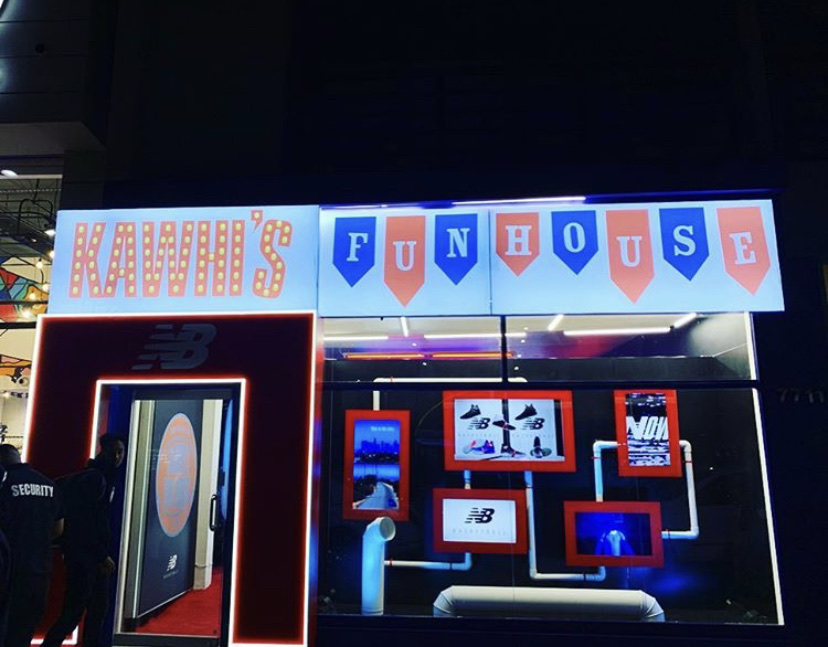 When Kawhi Leonard signed with the LA Clippers back in July, I knew that I had to meet him since I lived near Los Angeles. Kawhi Leonard is not like many NBA players, he’s an introvert that lets his game speak for himself. Kawhi Leonard doesn’t have any social media, doesn’t like to talk to reporters, and is rarely seen in public. My ultimate goal was to write an article about my experience on meeting him for LeagueAlerts, although I knew this would be nearly impossible.

On July 24th, I had my first chance which was at the Clippers Press Conference. Surprisingly, there weren’t a lot of people at the Press Conference which was probably because the Clippers don’t have a big fan base. It was my very first time seeing Kawhi in person, and believe me, he was super tall. Unfortunately, Kawhi was outside in the public for a brief five minutes then quickly walked back inside the private building guarded by security. Kawhi never gave any autographs or took any pics, which I expected considering that he’s shy.

My next attempt would be on October 19th, my inside sources were telling me that Kawhi Leonard would make an appearance at his pop-up store for the release of his new shoes. The pop-up was themed “fun house” so it featured a lot of arcade and carnival games that were open to the public.

The pop-up store was open to the public from 11-7, so I planned to wait at the store until he came. I waited at the store until 7 pm and he still never showed up, so since the store was closing they made everyone get out. As I was leaving the store, a New Balance Marketing Rep pulled me aside and told me that Kawhi was coming after all and he just didn’t want to be with the public. After he told me that, he allowed me to stay inside the store with the employees and the media since I waited the ENTIRE day just to meet him. The New Balance Marketing Rep also told me that he’ll allow me to ask Kawhi a couple of interview questions if he wants to.

Shortly after Kawhi Leonard showed up and I was able to have a conversation as well as getting an opportunity to shake his hand.

It was a pretty cool experience meeting someone I grew up watching. Kawhi Leonard is arguably the best player in basketball right now and it’s awesome just knowing he grew up in SoCal where I live. This certainly won’t be the last time I’ll meet an NBA player though, as I plan on working for an NBA team in a business-related career in the future. The experience I’m getting right now will most definitely help and I would like to thank Max for that, aka LeagueAlerts!!