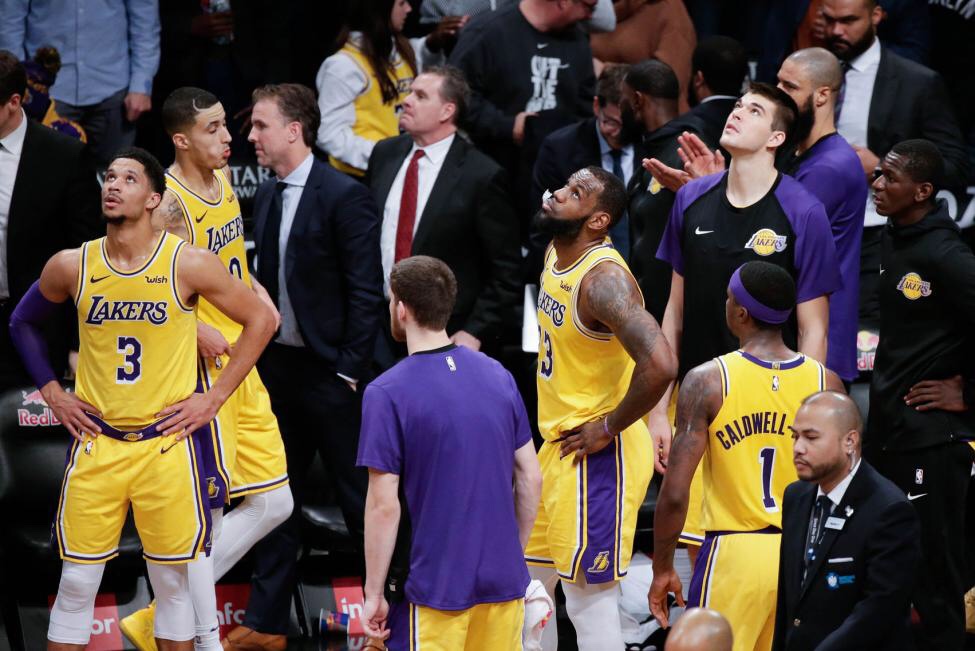 A monstrous Lakers victory over the Golden State Warriors at Oracle Arena almost turned disastrous when LeBron James limped off with an apparent groin injury after slipping on the court. After exiting the game, the King made his way to the locker room– and a Warriors fan tried to record a cheeky video of the hobbled superstar. Oracle Arena security, however, was having NONE of it, and immediately interfered with the would-be troll:

LeBron James expected to return on Thursday game against the Kings!