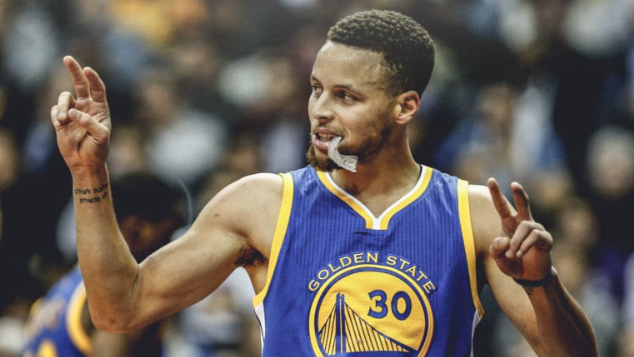 Wardell “Stephen” Curry II is drafted in the 1st round with the 7th overall pick. Thus, a new era begins. Steph Curry proceeds to prove all doubters wrong as he shows he can play in the NBA, putting up the following numbers:

He was an amazing rookie as a starting point guard as well as playing some shooting guard duties for the Golden State Warriors. More impressive, he did this with a Monta Ellis resenting his presence and Stephen Jackson turmoil. The Warriors finished with a record of 26-56. Though some believed Curry was robbed of rookie of the year, he still was rewarded with 1st Team All-Rookie honors. In his first year, he was changing the way the NBA was gonna play, but nobody new it yet at the time.

Mark Jackson transitioned from being a broadcaster to officially being the head coach of the Golden State Warriors. It was up to him to turn the Warriors into contenders.

Klay Thompson is drafted in the 1st round with the 11th overall pick. Monta Ellis, Kwame Brown, and Ekpe Udoh later get traded for Andrew Bogut (organization gets backlash for trading their star in Monta Ellis, but that didn’t last long). With that, the “Splash Brothers” are born and let it rain from deep in the 2011-2012 NBA season. Though that happened, Curry battled the year with ankle injuries that people feared he would have. Nevertheless, Curry signed a contact extension later of 4 years worth $44 million. Klay played 24.4 minutes per game while shooting 41.4% from deep, 44.3% from the field, and scoring 12.5 points per game. The Warriors finish with a record of 23-43. Klay was rewarded with 1st Team All-Rookie honors.

The Warriors draft the following:

Andre Iguodola signs with the Golden State Warriors as a free agent on a 4 year $48 million contract and makes an impact immediately. The Warriors once again made the playoffs with a record of 51-31, locking in the 6th seed, but lose to the new “Lob City” Clippers in the 1st Round.

Mark Jackson gets fired even though he had the following accomplishments:

Steve Kerr accepts offer from the Warriors as he replaces Mark Jackson as the head coach of the Golden State Warriors.

Warriors sign Shaun Livingston on a 3 year $16 million contract to be apart of their growing bench. The Warriors believed he could be a great contributor even after coming off a gruesome injury with his left leg even though some doctors said he would never be able to play again.

Curry comepletly breaks out one of the best individual seasons the league the league has ever seen while winning his 1st MVP. He put up the following numbers:

Klay Thompson not only became a star, but set the record for most points in a quarter by scoring 37 in a 3rd quarter against the Sacramento Kings on January 23rd, 2015. Draymond finally becomes a starter and becomes known as the versatile do-it-all guy we know him as today. Everything falls in place for the Warriors with Curry at the helm as he leads them to a record of 67-15 with the first seed. The success they’ve had up to hat point was thanks to great drafting and free agency additions like Iguodola and Livingston. They march throughout playoffs to the NBA Finals as they defeat LeBron (in conversations as the “GOAT”), Kyrie, and the Cavaliers to win the 2015 NBA championship.

The Warriors go into the season with basically the same roster (traded David Lee and signed Brandon Rush). The Warriors start the season 24-0 and finish with the best NBA record ever at 73-9. Stephen Curry then goes on to win the first ever MVP awarded by unanimous vote. The team is seen as an unstoppable juggernaut and at the time, it seemed so. In the Western Conference Finals, they fell down 1-3 to the OKC Thunder, but made a comeback to win the series in 7 games to go back to the NBA Finals. It then became a Finals Rematch. Warriors vs. Cavaliers – Part 2. The Warriors were obvious favorites and were proving most right as they went up 3-1…….then blew their lead as they had one of the biggest choke jobs in history as they let LeBron, Kyrie Irving, and the Cavs comeback to win in game 7.

Multiple factors went in for the Cavs winning that series:

Salary cap rises because of the new TV deal that took place, A.K.A., part of the reason why the “Justice League” was born in the NBA On July 4th.

Kevin Durant makes one of the most criticized and hated decisions in NBA history as he signs with the Golden State Warriors after they cut some role players (including starter Harrison Barnes). The deal is a 2 year $54.3 million contract with a player option.

The Warriors absolutely wreck the league and win the next two NBA titles. Though, they came fairly close to falling in the Western Conference Finals in the 2017-2018 NBA season when they were down 2-3 against the Houston Rockets. But when Chris Paul got injured, the Warriors winning the series became inevitable as they won and went on to win the NBA Championship. Draymond also got his defense fully recognized and won the Defensive Player of the Year award in 2017. We can’t forget that they recently signed Demarcus Cousins in the 2018-2019 offseason with a minimum contract….that happened.

Even though the Warriors arguably have 2 MVP’s and 2 other All-Stars, the Warriors find themselves as the 3rd Seed in the NBA at this moment. The Warriors have faultered for their standards at this point so what’s wrong? Many things actually:

The only part of their core that hasn’t been a main problem is Curry himself while healthy. He’s playing like his MVP self and not slowing down at all. His stats are:

The insane thing about it is, Curry is doing this while attempting 10.6 3-pointers per game as he makes 5 of them per game. More than half his shots are 3’s……and he’s shooting over 50% from the field……I have no words for that type of efficiency. As long as Curry is playing like this, I have no reason to believe the rest of the stars won’t figure it out since they all have been champions multiple times. “Boogie” Cousins should improve the team even if he isn’t the same player as before (barring problems with him not getting along with the team). Him at 50-70% his athletic ability should still be an upgrade from Javale McGee with his skill, I.Q., and passing vision. With all this being said, I believe the Warriors will “3-Peat” as champions this season, but saying it’ll be tough along the road is an understatement with teams like the Bucks, Raptors, Nuggets, and Thunder playing at high levels right now, not to mention teams like the Celtics and Lakers not even reaching their full potential yet.

Is the Dynasty at its End?

That, I can’t really say. The situation in Golden State is unpredictable honestly no matter how much anyone thinks they know how the situation will end up. Who’s to say KD actually stays and doesn’t give in to the pressure of what people say and doesn’t leave the Warriors? Or how about if KD does leave, then you still have Curry, Klay, and Draymond with enough money to pay them. In that case they’re still champions contenders with their original 3 stars. At the same time, things could get rough for them with chemistry issues and they could all break up as it explodes in their faces. Whatever the outcome, it’s one of the greatest dynasties I’ve ever seen and it’ll be interesting to see how this plays out. All we can do is sit back and watch.