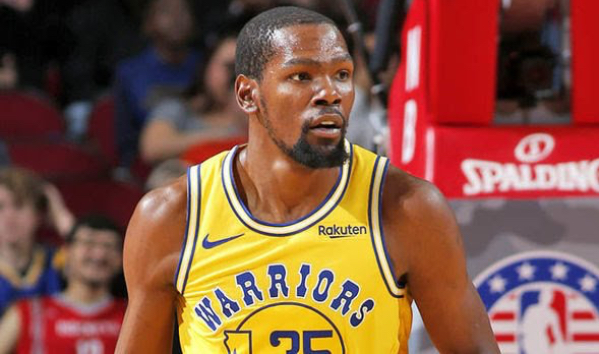 We all get astonished at the scoring abilities of the NBA’s elite players and marvel in awe at the way they do it at times. I’ll break down the top 5 scoring leaders in terms of PPG show how they score.

James Harden is scoring over 30 points per game, shooting 45.4% from the field, and so far shooting 37.1% from the three. Harden has a variety of elite moves at his disposal whether it’s his deadly step-back jumper, his finishing ability (finishing at about 63.1 FG % around the rim), or his sheer craftiness being able to draw fouls to get to the line shooting a league high 10.2 FTA per game. He’s makes use of all those free throws as well, shooting 84.5% from the line. With his array of moves he’s statistically the league’s best iso-scorer. He’s virtually impossible to guard so you either choose:

Either way you slice it, this makes him arguably the hardest person to guard in the NBA (at least in isolation). He’s at least the most annoying player to guard and I can say that with confidence.

Kevin Durant is simply one of the most unique players this game has ever seen. He’s a 6’11 small forward, can dribble like a guard, finish at the rim with the best of them, easily create his own shot, a sniper off the catch and shoot, and he can easily shoot over the top of most defenders in the NBA. He’s also very deadly in the pick-and-roll/pop game as either the ball handler or the roll man. I could sit here all day explaining his unique qualities, but that’s not what I’m here for. Here are some shooting stats for KD:

He’s shooting overall with great efficiency, shooting the three well enough (though it could be better), finishing at the rim better than anyone in the league besides Giannis (80.9% 0-3 ft.), and is shooting the mid range better than basically everyone right now. Anyone would have difficulty guarding a 6’11” demi-god that can shoot from 35 ft. out and be efficient shooting on every level of shooting. Don’t forget his apparent 7’5″ wingspan, yeah……have fun guarding that.

Well how about that, another 6’11 superstar that’s hard to guard that can also score in bunches, how about that. So far this season he’s shooting 50.3% from the field and 32.4% from the three. The best big man in the league (no I’m not counting KD and Embiid, A.K.A. “The Process”, is trying to make his case right now) is also probably the most versatile. He’s been scoring 20 points per game since his 2nd season and isn’t showing any signs of slowing down. He can score in bunches while posting up, cutting to the rim, spacing the floor, transition, pick-and-roll, putbacks, and even isolations. He’s a given mismatch for almost anyone guarding him. He’s to fast for regular bigs like Jusuf Nurkic guarding him (as he demonstrated in the playoffs last season) and he can take them off the dribble if he wants. If you put a small ball forward on him like Kyle Kuzma then that’s easy points for AD inside the paint on a post-up or just throw a lob up to him where no one but him can catch it (and he will) which is something he does a lot of the pick-and-roll. He’s probably also the best transition big in the NBA as a power forward/center (also besides Giannis) with his speed as he can easily get down the court and on occasion he can even run down the court with the ball controlling the fast break. He even hits fade-aways and floaters when he’s feeling it. Honestly, just tell him what way you want him too score on you, he has too many.

Ah, the great “King James” himself. I just wanna say, if anyone still says he can’t shoot, there’s no hope for people like them in the world. The only area that LeBron struggles to score at is free throws (68.3% this season) which can be forgiven since he makes up for it with his offensive prowess. LeBron’s main move is simply just putting his shoulder down while driving to the rim for a layup that’ll likely go in. It’s simple but difficult to stop when the person doing it is 250+ pounds and actually quick. He’s developed other moves as his career has gone on though like his post game which is a nice one indeed. He can fade away, spin out of the post to the rim, or hit you a dropstep you won’t be expecting because we don’t see that too often. When LeBron is feeling himself he’ll go into him rhythm dribble with a step-back 3-pointer and if he hits that, it’ll usually be an even more difficult night guarding LeBron with his shot on. His efficiency hasn’t dropped even with him in his 16th NBA season as seen below:

The fact that a 34 year old LeBron James is doing this on a team that only has young developing players with some criticized veterans, it only shows how consistent this guy is offensively (and this isn’t even including his playmaking ability) and no one can bash him for that.

Damian Lillard, how should I start to explain him? Well for starters, he’s one of the top pick-and-roll point guards in the league and he’s always been an amazing shooter, but this season he’s shooting the best FG% of his career at 44.9%. That’s not even including how well he can drop in a bucket from behind the arch as he’s shooting a career 2nd best from three at 39.1%. He’s one of those few players who have basically unlimited range, at the same time he’s one of the few point guards that can hammer the ball through he basket while driving to the rim. Your not safe from mid range either as his game is polished from there. He can his points from his elite ball handling or off-ball (54.9% of his 3-point field goals are assisted). Some of his go-to moves are the following:

These are moves that an elite point guard should use to get his scoring opportunities and he does it better than most. His “left-side right hand finish” is used by smaller guards like Tony Parker and Steve Nash to catch a rim protector off guard. Like all elite scorers he’s amazing at what he does and has a countermove for anytime you play him correctly, like his “behind the back” dribble move. It may sound simple and it is, but he uses it at perfect times to gain extra seperation for scoring opportunities. Overall, Lillard is an outstanding scorer who has put many in the league on notice of his abilities.