WAS LAST NIGHTS GAME IN CANADA OUR FINALS PREVIEW? 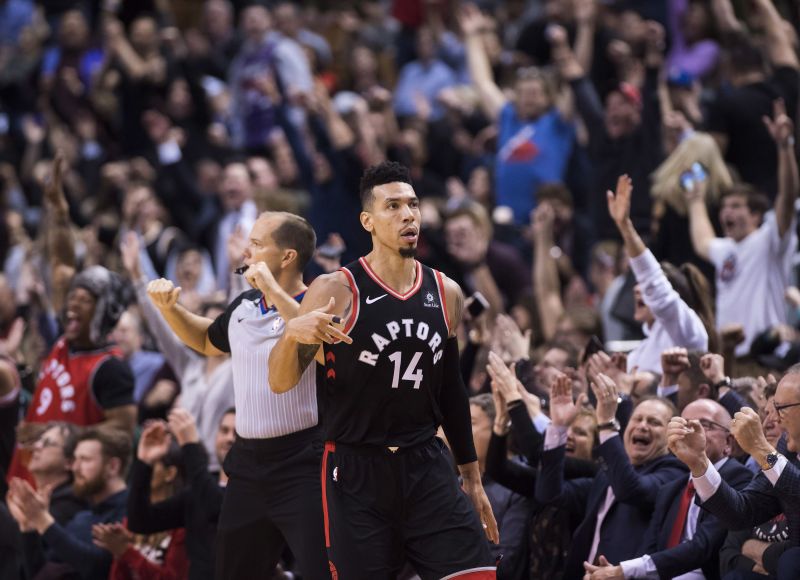 On November 29th the Golden State Warriors were set to face off the Toronto Raptors who picked up right where they left off the previous season. Stephen Curry announced he was returning from a groin injury on Saturday versus Detroit and Draymond Green was out with a toe Injury. The Raptors won what has been called the “Game Of The Year” 131-128 in an OT thriller.

It was up to the next Big 3 to step up: Durant, Thompson and Jerebko. The Raptors were healthy and seemed to have very good control of this game with their largest lead of the night at 18 points. Both teams were neck and neck in statistics except the Warriors grabbed 17 offensive rebounds to the Raptors 7 offensive rebounds. The Raptors took the game over early and little by little through grit and grind the Warriors were able to crawl back into the ball game.

Kevin Durant apparently has been hearing all the whispers about Kawhi being better than him because he absolutely owned Kawhi Leonard in this matchup. He went absolutely bananas and could not miss a shot he put up. Durant hit two ridiculous shots to send the game into Overtime.

After the heroics of Kevin Durant the Raptors began to create ball movement and set up easy shots. On the other side it was obvious that the plan was to feed KD and let him eat. A fast break and a beautiful pas by Lowry to Danny Green for a big three and then a steal leading to Pascal Siakam getting some foul shots won the game for the Raptors.

These two teams are very likely to make the finals but a completely healthy Golden State may be impossible to stop considering the fact they are missing 4 all stars (Stephen Curry, Draymond Green, Demarcus Cousins and Jacob Evans) and only lost by 3 points while Toronto was playing excellent. Kyle Lowry wasn’t having the best night so we haven’t seen the team at its full potential.

If the two Clubs were to meet each other in a 7 game series I would give the edge to Golden State because Cousins and Durant need to prove themselves to increase their free agency value. It would come down to bench production and Toronto has jist that. The starters of Golden State alone are enough to win but it will all depend on health.

In a 7 game series I would predict the Warriors winning a game 7 in the Bay Area.