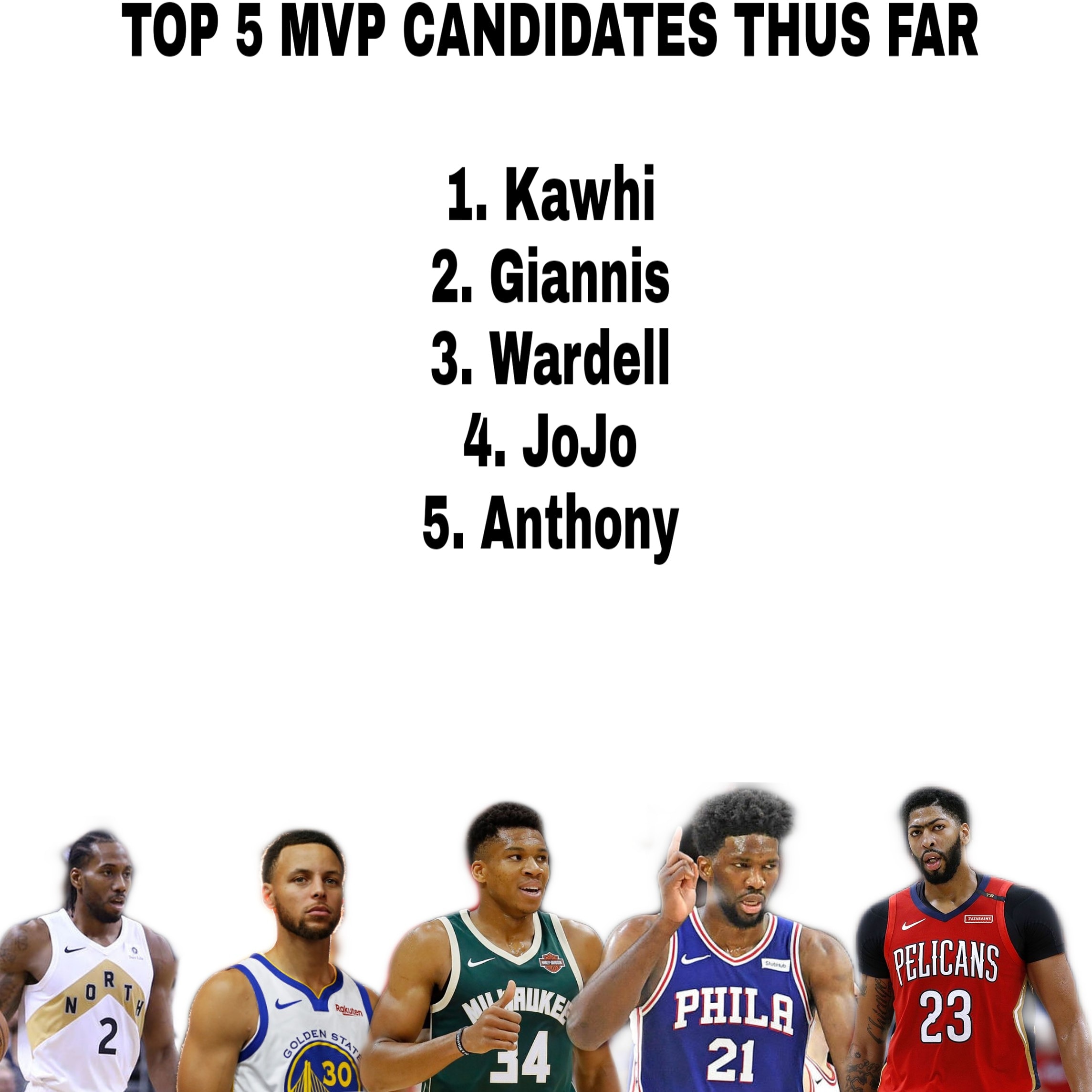 Kawhi is bringing the pressure on both ends of the floor this season and it has helped his team start right where they left off last regular season. Claiming sole possession of the #1 seed in the eastern conference. Nick Nurse has done a great job and everyone seems to be benefiting from his version of the Dwane Casey system.  The only two new players are Danny Green and Kawhi Leonard. He is also fresh off what is one of the weirdest injuries and dramas in recent NBA history. Kawhi in his first games back and he is already dominating the game and with everything thrown into the mix. Kawhi is MY favorite for MVP so far.

Stephen Curry already started his petty takeover this season by scoring 51 points the night after Blake Griffin scores 50 and letting Klay Score 14 3 pointers so he can go ahead and make 15. Stephen Curry has always been so fun to watch because of his crazy shots but the way he orchestrates the offense is what makes him so great.  Curry is also averaging basically 30 points a game and is obviously being missed by his teammates as KD struggles ( Minus his back to back 40 point games).

Giannis has carried his team to the 2nd seed in the eastern conference. There is no way to stop him. You can throw all 5 guys and he might just eurostep and dunk it from the free throw line. Greatly improving. Giannis is the king of the paint he is basically attempting 60% of his shots in the paint (Career High) and making 80% of them (Also a Career High).  To end this he is top 2 in averages of all the following team categories: Points, Rebounds, Assists, Steals, Blocks and Field Goal percentage.

Joel Embiid has been an absolute Monster and I had AD over him but even when Jimmy Butler joined the squad Embiid has still been the best and most dominant 76er. From being one of the leagues best rim protector to an absolute terrifying faceup and post up bigman. What makes Embiid twice as difficult to guard is his ability to shoot from deep and mid range making him a threat as a stretch big. Putting up big numbers on the offensive end and being a threat to lock down any big man makes Embiid an MVP candidate.

Despite his play not making the Pelicans have the best record what helps AD in his case for MVP is the picture- perfect all around performances he has to put up in order for his team to get wins. He plays dominant on both ends of the floor and he dominates the game and leads Pelicans to wins. He does have a-lot of help from Jrue Holiday but no one on this list has no help. Making improvements to his game and playing games not to his best ability but what which style will give his team the best shot to win the basketball game.