LOOKING AT THE JIMMY BUTLER TRADE OFFER FROM THE ROCKETS 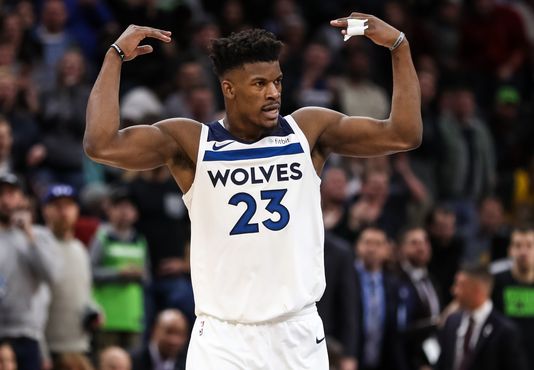 Daryl Morey is not trying to wait to compete for a championship and he notices the struggles and weaknesses they have at the moment. After losing Ariza and Mbah A Moute the Rockets picked up Carmelo Anthony and the defense is just not good enough to compete.

Daryl Morey put on his big boy pants and decided to go all out for Jimmy Buckets rather than wait for him to get scooped up in free agency by another team.

The full trade I am assuming is

In reality all the Rockets are doing is creating a great starting lineup but losing Eric Gordon as the spark off the bench will just make them worse. Believe it or not the Rockets may slip up and get beat in the 1st round by any playoff team. I just do not see Melo being able to lead the second unit all by himself as far as being able to bring that spark in scoring.  Morey is so obsessed with the Warriors but the way things are going i can see the Jazz, Lakers, Nuggets, Spurs, Pelicans and Thunder knocking them out. The D’Antoni system worked last year  but it seems like teams are picking up on it and countering the 3 point shooting by knocking it out.

Overall this is a bad move and 7 years and four first round picks from now is unpredictable and even with Butler they can not compete now.