THE LEGACY OF THE FLASH: A LETTER TO DWYANE WADE 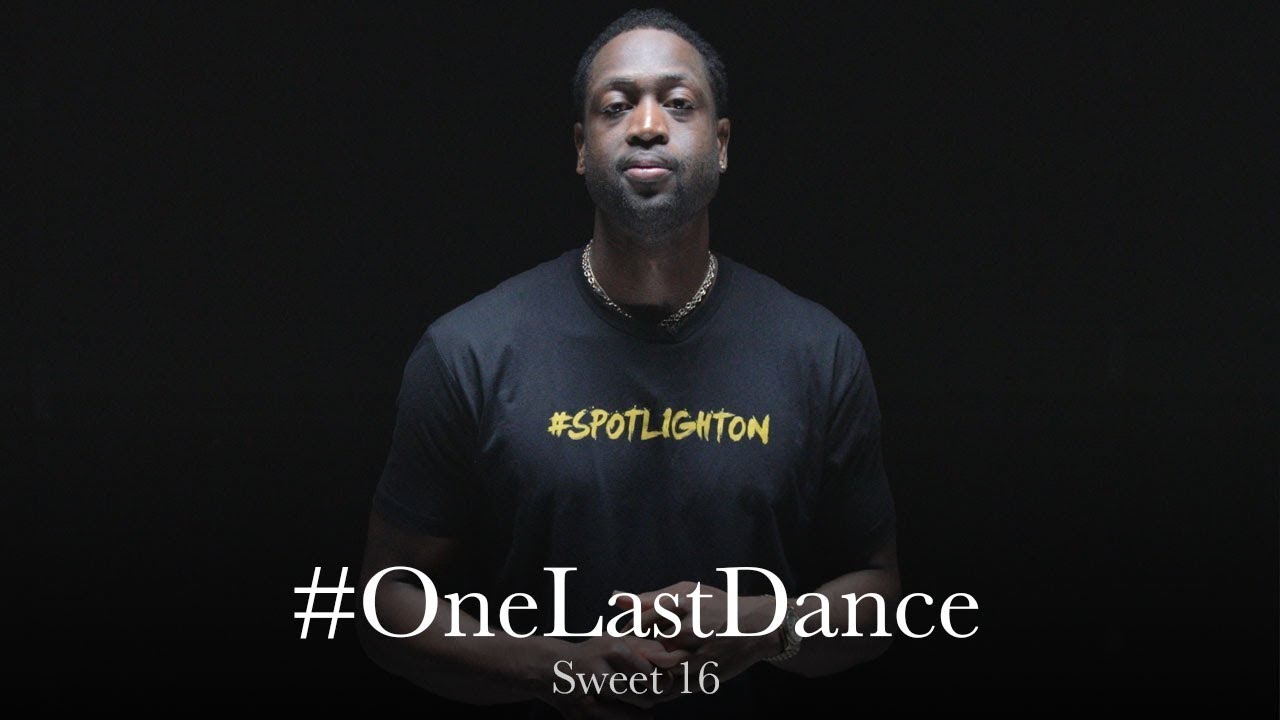 On Thursday June 28th, 2003 the emotions were packed in New York as the NBA draft was about to begin.  The 5th pick is about to be announced and my family and i are eager to see who Miami picks. They select Dwyane Wade from Marquette university, a Chicago native. From that moment on I had no idea the impact one person could make on my upbringing. Wade was so fun to watch because he could not shoot threes but i liked dunks and layups more anyways. I really only knew who Wade was and a couple of other players when i was young. Although i did not know much about basketball there was one thing i did know in the 2006 NBA finals. Dwyane Wade got BUCKETS, averaging 34.7 ppg; 7.8 rpg and 2.7 spg. That was so fun to watch and after that came Wade-County  and the legendary legacy of the “Flash” had just begun.

I will never forget when I got a PSP and they gave me NBA Live 07 which was my first basketball game. I was dropping BUCKETS on everybody with Dwyane Wade. You could not stop me at all, I wish there was online at that time so I could be a little 9 year old giving people the work. I used to play on rookie so you already know i had like 66 Points with Wade just in the 1st half. I would end up scoring 100+ points because i was about that life.

November 12th, 2009 I still remember watching the Cavs and Heat face off. It was game time and my greatest memory as a child was about to be born.  D Wade grabs a defensive rebound and begins to run the fast break and its a 3- on-3. You have Daniel Gibson playing one pass away guarding Haslem on the left and Jamario Moon playing one pass away on Beasley on the right. This left Wade with a 1-on-1 with Varejao and they both jump, seconds late D Wade praised the lord said “Amen” and baptized him. Wade delivering a crushing dunk that put the American Airlines Arena on its feet and the power of the lord in Wades dunk  folded Varejao like a lawn chair.

Fast forward to the Joining of the big 3

This would spark the best and worst 4 year emotional roller-coaster ride in my career as a Heat Fan.  It is the 2011 NBA and We are facing the Dallas Mavericks again and i thought to myself “we need to get this win” and Dirk tore my heart out of my chest as the Mavericks shut down King James and won the NBA finals.  The following year i knew Wade and James were a power duo and the multiple Lobs and clutch shots were a joy to watch but i wanted a championship. Wade, Bosh and James delivered just that while whooping the Oklahoma City Thunder in 5 games to win the 2012 NBA Finals. Back-to-Back Finals wins this one was sweet because it was against the Spurs and Allen hit the clutchest shot i have ever seen. 2015 NBA finals come around and it was a poor performance from the entire game and ended our 4 year fantastic run.

Wade signs with Chicago and i cry because i was not ready for this break up and then he signs with the Cavaliers and i cry again and finally comes back to Miami.

In his first season back we battle our way into the playoffs and play Philly but lose. Wade in game 2 still delivered one of my favorite performances after Kevin Hart was taunting him. He hits a clutch shot over Ben Simmons and i remember screaming at the top of my lungs ” Welcome to Wade County B****”.

Thank you for giving a kid like me the ability to have the opportunity to watch his team to win the championship not once but 3 times. The number 3 is sacred in Miami and no player will ever wear that number again. Your jersey will go up in the rafters and after 16 years your career will come to an end physically. But mentally the memories as Heat fans that we all have will continue to stay with us. The legendary moments you provided us in 2006 inspired me to fall in love with basketball. Without the existence of “Flash” I am not sure if i would have ever fallen in love with basketball.  Critics and I will rank you as the 3rd best shooting guard ever and the Best Miami Heat player of all time. In the heart of the entire Wade-County community you will forever be #1. We cherish every moment you have given us and all the wonderful things you did for the community.  Never will someone wear a Heat jersey and be able to fill your shoes or win our hearts the way that you did.  As a child everyone did fadeaways and Screamed “Kobe” while shooting at the trash can. I did euro-steps and dunked it in the trash can and screamed “Wade”. I wear your shirt and go to the Rec at school and try always to play my best because there is no better feeling than busting some people on the court with a legendary name on my back. From the endless dunks and tough finishes to your impossible mid range fadeaways  to your amazing finals performances and finally to your ” This is my house” Celebration. Our time together is coming to an end but the spreading and constant reminders to everyone about you will begin.  Thank you for everything you gave the city of Miami #3 and do not ever forget the key is under the door for you.  Enjoy your last dance Flash and let us fans keep the Legend of Wade-County alive until the end of time.

A THIRD HEAT PLAYER HAS TESTED POSITIVE FOR COVID-19

The Miami Heat Close Down Their Facility