WHEN ARE WE GOING TO HOLD PAT RILEY ACCOUNTABLE? 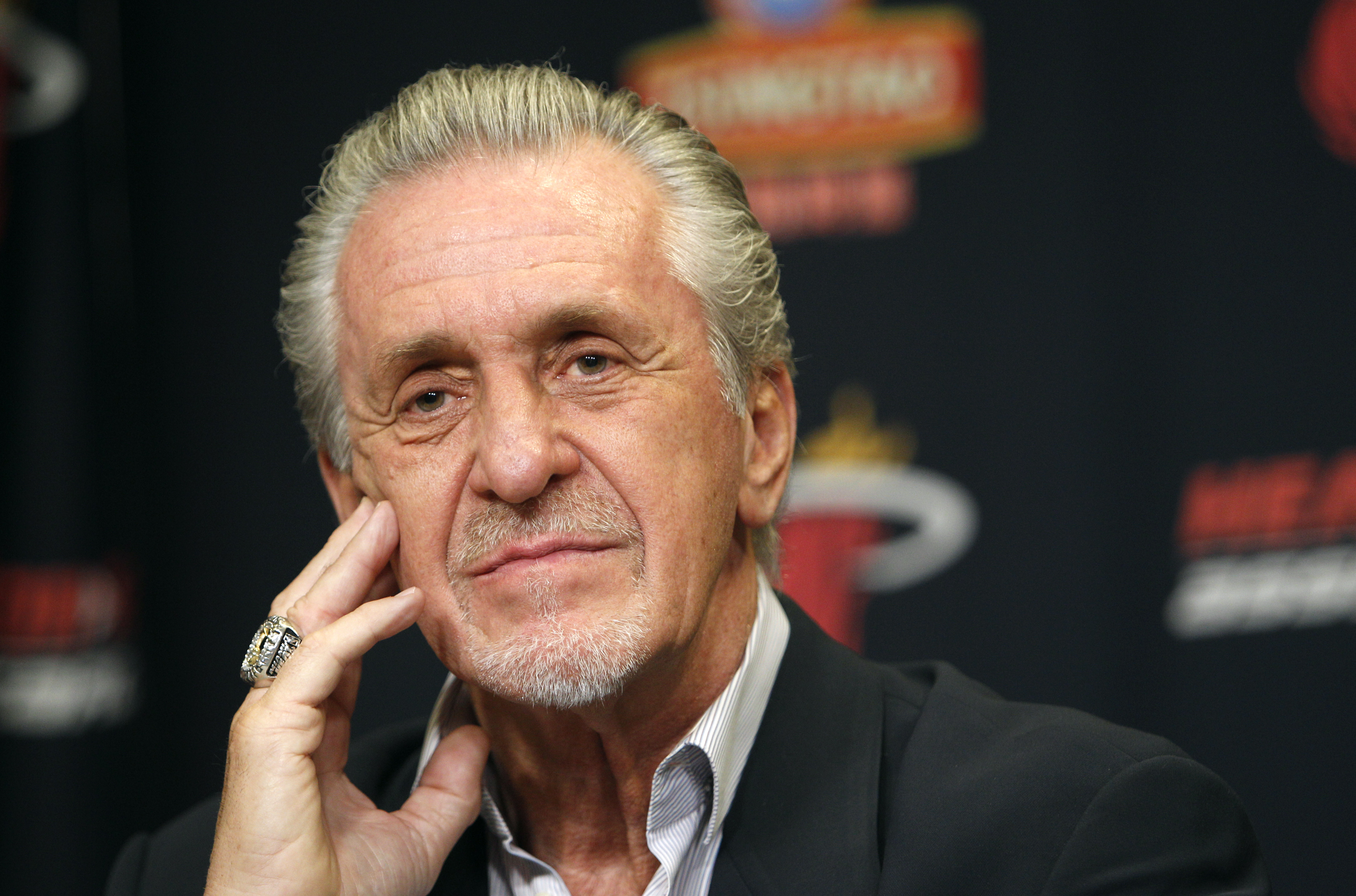 Pat Riley is in my hot seat coming into this season, Miami Heat fans have given him this “godfather” persona. Is he really on that level right now? Many of his signings and decision since the end of the Big 3 era are short from questionable. To begin with this horrendous run for the past few years its down to the contracts we have given players. The amount of money we have been paying for players. The signings of Chris Bosh and Goran Dragic were not bad, the problem is the amount of money we offered these players. Chris bosh received a
5yr/ $118.7 million dollar contract and Goran Dragic received 5yr/ $85 million dollar contract. I never liked these max contracts because both were going to be aged once the contracts were up for renewal. Dragic will be 34 by the end of his contract and has made 1 All-Star team because of injuries…. thats not $85 Million. Bosh was already in his 30’s and was never even better than Dwyane Wade but Pat did not want to look bad by letting 2 of his stars leave. Now we owe him around $50 million dollars and hes not even playing. Just to add insult to injury we listen to the fanbase too much. Everyone begged for Hassan Whiteside to resign but i never would have given him more than 3 yrs/ $45 million simply off his age and obvious closing window of his “prime”. Tyler Johnson is the second highest paid player on the team and more than 75% of the roster is and at the time was more talented. Tyler Johnson still got a match on his contract offer sheet from Brooklyn of 4yr/$50 million dollars….. seriously? To put the upmost disrespect and my last straw with Pat Riley was letting Dwyane Wade go. Easily better than everyone on the team Riley could not hold on to his franchise player. He goes and replaces Wade with Waiter and Johnson and they give us great support but please stop. They got contracts i could support, i still hate them. All this money stopped us from getting superstars on the team. Lets break it down.

Here is a list of players Pat Riley could have gotten but the “godfather” failed to do so since the end of the big 3 era….

I do not think that any of these players are bad my problem is that it only takes 1 season for Pat Riley to go ahead and break the bank on you. His constant failure to bring in another big superstar or star player into Miami has been nothing short of a disappointment.

If he can be able to pull off the Butler trade than i will feel much better but as a Fan i can tell you it has been frustrating. Little push to get top draft picks and poor choice of Contracts since the departure of LeBron James.

Follow @halloffamehoops On Instagram to stay up to date with everything JL2 and join the hoops fam. Do not forget to listen to the podcast on anchor, Search up hall of fame hoops!