Eric Gordon wants to finish games, not worried about starting vs. being Houston’s 6th man

“It doesn’t really matter to me,” said Eric Gordon of his position in the starting lineup, according to ESPN’s Tim MacMahon. “I just want to do whatever’s best to win. If I start or come off the bench, it’s fine with me.”

Gordon mentioned potentially finishing games with a three-guard lineup with Chris Paul at point, Gordon at the off-guard, and reigning MVP James Harden as a small forward. 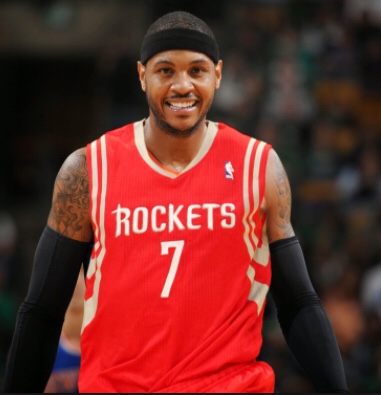 This lineup is not etched in stone quite yet, as P.J. Tucker was previously though to fill in at power forward, but James Ennis got most of the work at the position during Wednesday’s practice, making it a potential battle between the two for the starting four-spot job.

D’Antoni is still tinkering with his lineups this early in training camp, but he’s grown fond of the idea of plugging Gordon in as a starter and making Melo the focal point of the second unit, allowing him to flourish as a scorer and get shot attempts with relative comfort.

Anthony would take Gordon’s place as the team’s new sixth man, while occasionally getting some complementary services from Harden and Paul once they’re re-inserted in the lineup.

The Rockets had their best offensive output when Paul, Gordon and Harden were on the floor at the same time, giving them three players able to create their own shots and create for others as well