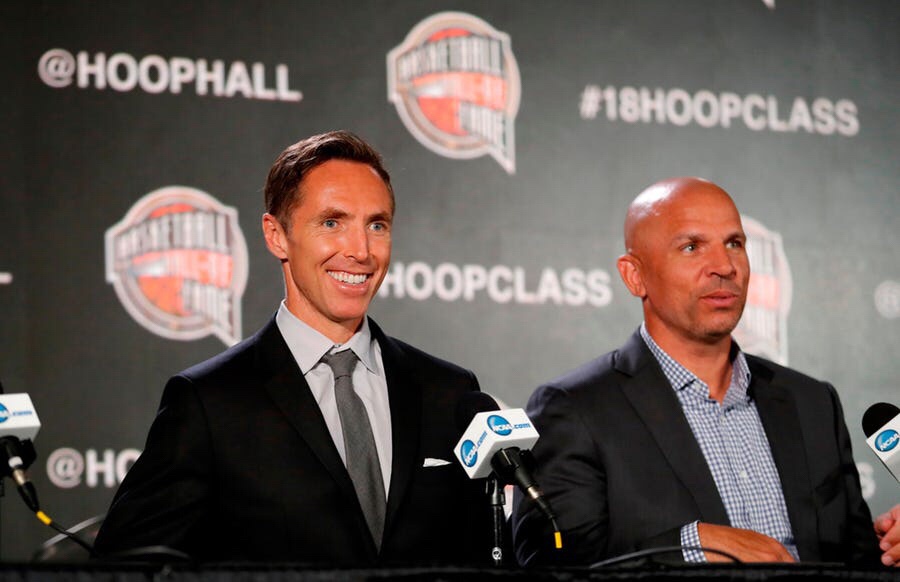 This largely is because the Naismith Hall encompasses all levels of basketball, so careers are assessed on body of work.

Jason Kidd, however, assures us that when he is enshrined Friday night as part of the Naismith Hall’s 13-member Class of 2018, for all intents he will go in as a Dallas Maverick.

Kidd and Nash thus will become the first Naismith Hall player inductees who spent significant portions of their careers as Mavericks. Kidd, selected No. 2 overall in the 1994 draft and that season’s NBA co-Rookie of the Year, will be Dallas’ first draft pick to make the Naismith Hall.

Though he was traded to Phoenix in December 1996, Kidd returned to the Mavericks in 2008 and helped lead them to the 2011 NBA title.

“I think it’s kind of ironic,” Kidd says. “My career started in Dallas and I think it finished in Dallas, even though I played one more year in New York.

“Dallas was a big part of my career, learning that you can’t win right away with a young team, egos and having the opportunity to play for, I believe, a Hall of Fame coach in Dick Motta. I couldn’t have asked for a better situation, but we were just too young. Business kind of got in the way of things.

After a long, largely futile and sometimes torturous journey — including a Game 7 conference finals loss to the Lakers in 1988; a Game 6 conference finals defeat to the Spurs in 2003; and the 2006 finals collapse against Miami — the Mavericks’ 2011 title was NBA validation for the franchise and Dallas.

Not counting the Class of 2018, the 1959-founded Naismith Hall has 365 player, coach, team, referee and contributor inductees — of which only one has significant Mavericks ties.

“I was the old mule,” he says. “I was on my way to pasture. I was almost glue. The glue hadn’t hardened.”