Can Tyronn Lue Lead the Cavs to the Playoffs? 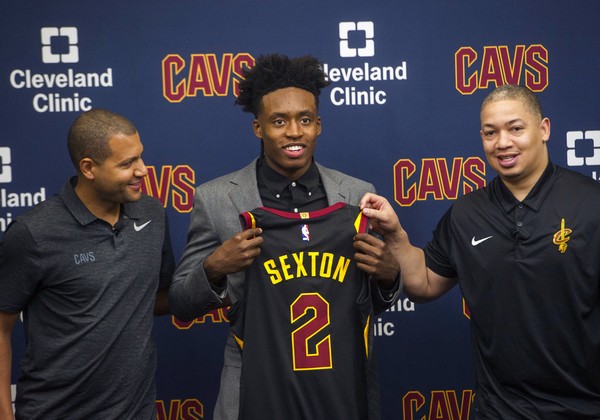 With Lebron gone, the new faced Cleveland Cavaliers have a lot of room to rebuild their team to become contenders in the Eastern Conference. Tyronn Lue, who has been the Cavs coach for 2 and a half years now since the departure of David Blatt will have to prove himself as a legitimate coach this season. For his whole career up to now, he has had the favor of being able to coach Lebron who has already cemented himself as a top 3 player of all time. Tyronn Lue has been the face of much criticism in the last few years because of many instances where it seems as if Lebron is the coach of the Cavs and Tyronn Lue is doing nothing.

Lue will need to show the Cleveland Cavaliers organization that he can win without Lebron if he wants to keep his job. The Cavs have brought in new players for this upcoming year such as Isaiah Taylor,  David Nwaba, Sam Dekker and Channing Frye. None of these players has ever been at Lebron’s level yet alone been all-stars. However, Sam Dekker has much potential at small forward as he will replace Lebron. David Nwaba is an end of the bench player who has been in the league for a few years but has not lived up to his potential. But with a new team, he may become a solid role player. And Frye, who was with the Cavs for their 2016 championship run is returning back. Frye, although he is nearing the end of his career, can still knock down the three ball very well.

The Cavs this offseason also drafted 19-year-old point guard Collin Sexton from Alabama. He averaged 19.2 ppg 3.6 apg and 3.8 rpg in college. Sexton also put on a show in the summer league, leading the Cavs to the semifinals, ultimately losing to the L.A Lakers. Sexton plays with a great mentality and with a lot of energy that shows while he’s playing defense. With Kyrie gone for the second year, it will be very beneficial if Sexton can develop a good three-point shot. If Collin can live up to the hype you can expect to hear his name a lot during this upcoming season.

For the Cavs as long as they play with a high intensity and coach Lue proves he is a good coach and Kevin Love plays like he did in his Minnesota days then they have a great chance at making the playoffs and surprising a lot of people.