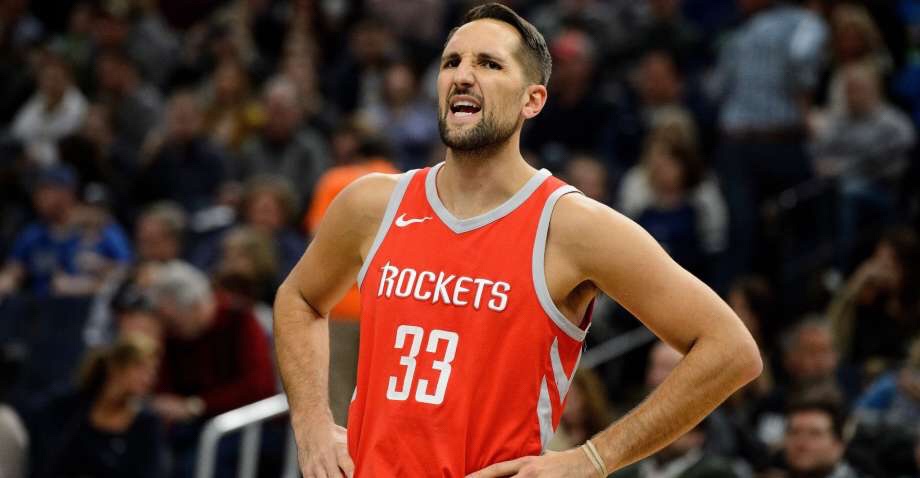 A Miami Heat team dedicated to a defense first mentality, would be the last team in the league willing to trade a piece. For a shooter lacking in the fundamentals. No matter how pretty the ball falls into the hoop.

A move that would send Ryan Anderson to the Heat in exchange for the likes of Tyler Johnson or James Johnson. According to a report from Barry Jackson, the Heat are not interested in acquiring Anderson. Via the Miami Herald.

Regarding rumors about a Heat trade involving Houston forward Ryan Anderson, that’s not something that interests Miami at this time, according to a league source.

Both USA Today and ESPN have floated the idea of Houston trading Anderson and a draft pick to Miami for Tyler Johnson or James Johnson. But while that would appear to interest the Rockets, it’s not something the Heat has found appealing.

Acquiring Anderson would increase Miami’s luxury tax bill, because Tyler Johnson is making $19.2 million each of the next two years compared with $20.4 million and $21.3 million for Anderson.

Jrue Holiday May be Traded to THIS Contender in the Offseason

Tyler Herro Responds to Paul Pierce’s Brutal Comment About Him

One thought on “Miami Heat not breaking core, so easily.”