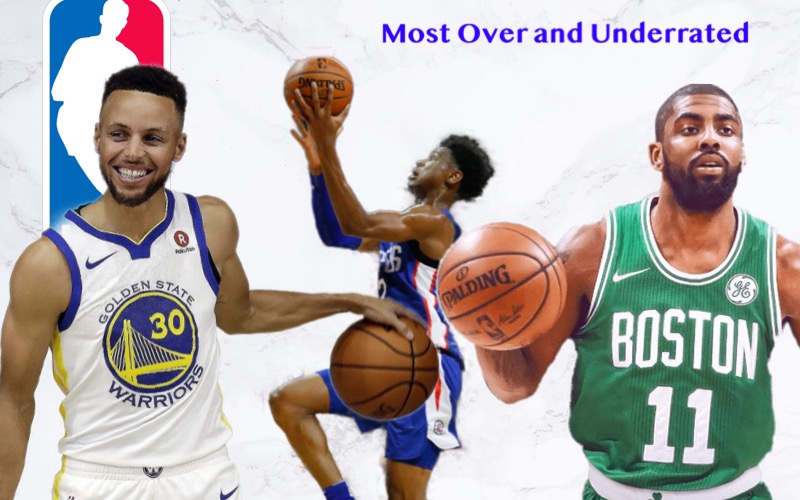 With the NBA offseason drawing to a close, we saw a major shakeup of the NBA. Big name free agents moved around via both trade and free agency, forming new playoff contenders. However, the potentials of these teams, for the most part, have either been greatly exaggerated or played down significantly. Here are the most prominent examples of such.

Yes, the Warriors signed DeMarcus Cousins for a bag of chips and a Sprite. Yes, the Warriors filled their weakest spot in the starting 5 with arguably the best center in the entire NBA. Yes, their starting 5 has is 100% all stars. And, yes, they are by far the best team in the league, and on paper, NBA history. But Boogie will likely miss up to 3 months of the season coming off an achilles injury, leaving a good portion of their games to be started by either Jordan Bell or Damian Jones. Adding to that, with his ruptured achilles, he no longer will be a dominant big.

Everyone forgets D’Angelo Russell can be one of the best scorers in the league while healthy, and Spencer Dinwiddie is a solid backup. They also have a knockdown 3 point shooter in former Cal guard Allen Crabbe, to go with their competent frontcourt of Rondae Hollis-Jefferson, Jarrett Allen , and DeMarre Carroll. Simply put, don’t be surprised to see this Brooklyn team having a legitimate shot at playoff contention.

Vegas got this one right. However, most NBA fans have not. The Celtics are a near lock to go to the finals this year, with the only team who can contend with them being the new Toronto Raptors with Kawhi Leonard. This season All Star forward Gordon Hayward will return after a season ending injury he suffered in game 1 of the NBA season. But there is absolutely no way this team can beat the Warriors. Their regular season will be fantastic, but this talk about them being able to compete with Golden State needs to be ended.

As everyone knows, the Cavaliers lost arguably the best player in NBA history to the Lakers in free agency. That has caused many people to forget about Kevin Love, who, prior to joining Cleveland, was averaging 25 points and 10 rebounds over 36 minutes of play. That said, we should be able to see more of that Kevin Love in the near future. In addition to the likely revival of superstar Kevin Love, the eighth overall draft pick, 6 foot 3 guard Collin Sexton should be able to make an impact, especially with the mentoring of George Hill. The Cavs, despite the major loss at the 3 position, still have a solid roster for an Eastern team, so you shouldn’t be surprised if this team is still in playoff contention come April.

Again, Vegas wasn’t too far off. While the Lakers definitely won the offseason with the signing of all around superstar LeBron James, the team may not do as well as people expect. The most common seeding prediction is anywhere between the 2 and 5, but as with his 2010 Heat team, they will need a lot of time to adjust to the roster changes. The Heat team started the season 9-8 after the acquisition of both LeBron and Chris Bosh. Both he and Bosh only gained Miami an extra 11 wins, joining a solid roster that had won 47 the previous season and had been a 3 seed. Instead of an already capable lineup to join, he’s joining the 35 win Lakers. Other new additions improved the roster slightly, but even if Bron, by himself, was as valuable as himself and Bosh combined, it would still be unlikely to get them into the playoffs with an estimated 47 wins. And that isn’t even taking into consideration the competition in the West compared to the East.

The Lob City era was officially concluded with the loss of big man DeAndre Jordan. But this is a team that managed to win 42 games without their starting point guard, and calling up and starting countless G League players such as Tyrone Wallace and CJ Williams. They have a very solid guard rotation of Patrick Beverley, Avery Bradley, Shai Gilgeous-Alexander, and 2 time Sixth Man of the Year Lou Williams. Montrezl Harrell will complete the Clamp City lineup with the “Polish Hammer”, Marcin Gortat at the 4 and 5 spots. This is a team with all around depth and defensive capability, so don’t count them out of anything just yet, aside from making it past the second round.