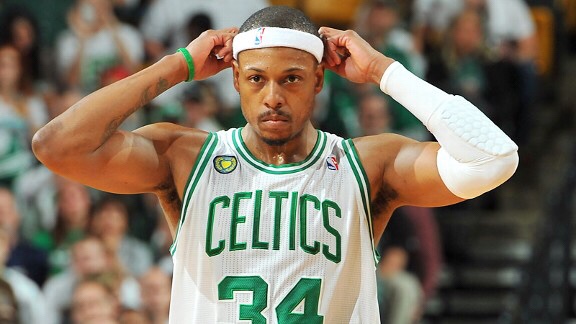 As Paul Pierce sees it, these players are changing the game—they’re showing they’re in control, not the owners. Pierce spent 15 of his 19 NBA seasons with Boston.

Pierce’s answer came after he was asked whether he believes Kyrie Irving will stick with the Celtics.

“You know what? It’s hard to really get a read on the players these days,” Pierce told reporter Brian Robb. “There are so many changes being made. Who would have expected Kevin Durant to go to the Warriors? [DeMarcus] Cousins to the Warriors? LeBron [James] to Miami a few years ago? Players are just showing that they have the control and the power to do what they want.”