Kevin Knox not worried about winning Rookie of the year 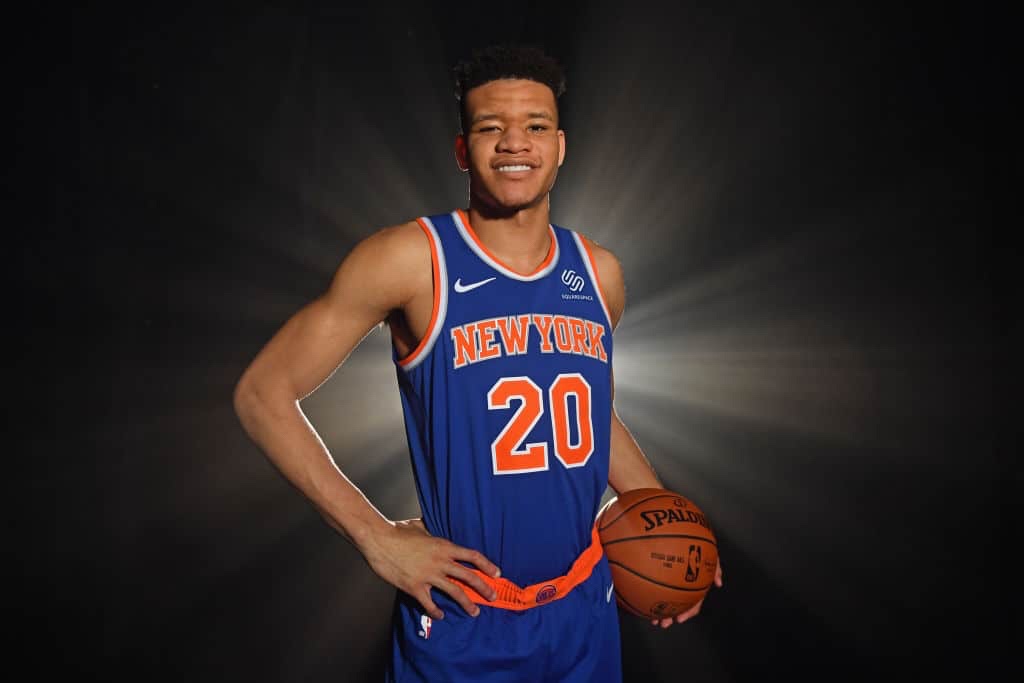 Kevin Knox doesn’t have his attention set on being Rookie of the Year, as he told Marc Berman of the New York Post. Knox was one of the most impressive rookies in Las Vegas, but the Knicks’ first-round forward more concerned with team wins.

“I’m pretty confident I can be one of the top rookies. But one of my goals this year is just to win in New York,” he said. “I’m not really worried about winning the rookie award. I just want to win as a team, take road games, play some of the top teams and beat them to make the playoffs.”

Kevin Knox think the Knicks are slept on!

The New York Post‘s Marc Berman spoke to Knox about how one oddsmaker in Las Vegas set the Knicks’ over/under to 29.5 wins. Knox believes the team can sail past that mark.

“I saw that. People are sleeping on us with the 29 wins,” he said. “I think we definitely can win at least 35 and get in that playoff talk. That’s my personal opinion. Everyone has their own opinion. But the whole team, I’m pretty confident we’re really good this year, that we have a chance to make the playoffs.”